In January, a top FBI official warned that the National Capital Region was high on the list of targets for the Islamic State of Iraq and the Levant (ISIL).
Listen now to WTOP News WTOP.com | Alexa | Google Home | WTOP App | 103.5 FM

ALEXANDRIA, Va. — On Aug. 4, Nicholas Young, 36, shuffled into a federal courtroom for the second time in two days.

Wearing a dark green, short-sleeved jumpsuit with the word “prisoner” printed on the back in white block letters, the former Metro Transit Police officer’s movements were directed and controlled by U.S. Marshals — a complete role reversal for him.

Young never looked at the nervous family members seated in the courtroom when he came in, or as he was hustled away after the brief proceeding, which lasted less than five minutes. Through his attorney, he requested a bail hearing, which was granted and scheduled for Aug. 11.

He is the latest in a string of nine local residents arrested on terrorism charges since November 2014. He faces the charge of providing material support to a designated terror organization. The eight others face charges, or have already been convicted.

In January, a top FBI official warned that the National Capital Region was high on the list of targets for the Islamic State of Iraq and the Levant (ISIL).

“When we look at the threat reporting, emanating from ISIL and other [homegrown violent extremists] around the country, we know there is a constant and persistent threat to the District,” Joshua Skule, then the special agent in charge of intelligence at the Washington Field Office (WFO) of the FBI, told WTOP in January.

Skule has since moved on to FBI headquarters as assistant director in charge of intelligence, but the concern at WFO remains.

“Because of the national significance of Washington, D.C., and the vast number of potential geographic and human targets, northern Virginia and the surrounding area are likely to continue to experience arrests of individuals who have provided material support to designated terrorist organizations,” WFO spokeswoman Lindsay Ram said in a statement.

Nationally, two high-profile attacks in the last eight months — San Bernardino and Orlando — serve as evidence that the entire country is experiencing an uptick in terrorism concern.

Ram said, “As Director Comey recently stated, there are approximately 1,000 homegrown violent extremist investigations open across the United States — the vast majority of which are ISIL-related — and we presently have terrorism investigations open in all 50 states.”

Skule prophetically said in the January interview, “There’s always concern about foreign fighters coming back to the U.S. — specifically to D.C. — to do harm. ISIL is the most prolific threat we have faced.”

But in view of the number of local terrorism cases in 2016, which average out to about one per month, Ram said, “In each of the most recent cases as outlined in the court documents, the timing of each arrest, and its proximity to the conclusion of other such investigations, is often purely coincidental,” said Ram.

WFO confirms it has not disrupted any active plots to attack the National Capital Region since Amine El-Khalifi, who also lived in northern Virginia. conspired to launch a suicide attack on the Capitol in February 2012. He is now serving a 30-year sentence in prison.

But others from outside the area apparently have.

On Jan. 14, 2015, Christopher Lee Cornell, 20, of Green Township, Ohio, was arrested by the FBI in Cincinnati and charged with plotting to attack the U.S. Capitol and kill government officials.

The indictment alleges that from August 2014 through January 2015, Cornell plotted an attack on the U.S. Capitol that would have killed officers and employees of the United States during their official duties. During that same time, he allegedly attempted to persuade another individual to join him in his planned act of violence. Cornell also allegedly possessed two semi-automatic rifles and approximately 600 rounds of ammunition.

He pleaded guilty Aug. 1 and is facing a 30-year prison sentence.

As ISIL and other terror groups continue to recruit — and probe the U.S. for vulnerabilities while using social media platforms to facilitate their objectives — U.S. law enforcement counterterrorism operations will likely continue at an enhanced pace.

“The FBI’s Joint Terrorism Task Force will continue to aggressively identify, disrupt and arrest individuals who pose a threat of terrorist attacks to our region. The primary thing that we continually ask of citizens is to quickly and specifically report suspicious activity to authorities,” said Ram. 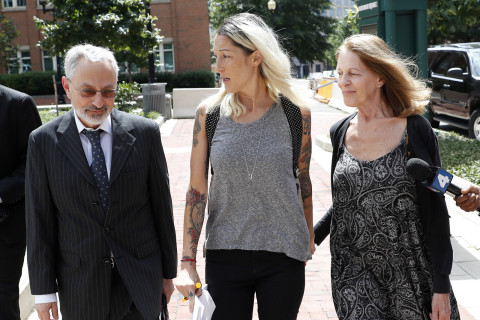 5 facts about the case against Metro Transit officer