Even after extending the significant disruption of round-the-clock Blue and Yellow Line work zones, Metro did not complete all of the work it had initially planned.
Listen now to WTOP News WTOP.com | Alexa | Google Home | WTOP App | 103.5 FM

WASHINGTON — Even after extending the significant disruption of a round-the-clock work zone on the Blue and Yellow Lines into mid-April, Metro did not complete all of the work it had initially planned to during single-tracking in the area.

A final report on the work zone that ended up leading to single-tracking south of Braddock Road Station from Mar. 4 through Apr. 12 shows that Metro canceled some planned work due to undisclosed work delays.

In addition to those work slowdowns, the mid-March snowstorm stopped work while crews were pulled to other parts of the system.

Metro’s final public report on the surge measures the percentage of planned work completed against the revised, reduced scope of work rather than the amount of work initially planned before the surge began.

Under that measure, the report said Metro completed all of that work plus additional improvements to grout pads that support tracks near the Eisenhower Avenue Station.

Work that had originally been scheduled to be done during the surge has instead been put off for a later date.

“Due to the snowstorm response, which required a temporarily suspension of work in the SafeTrack zone so that workers could be redeployed to maintain rail service, a small portion of track and structures rehabilitation work (grout pad replacement, fastener and rail renewal) south of the Eisenhower Avenue Station was deferred to later in the year,” Metro spokeswoman Sherri Ly said in a statement. “As a general matter, SafeTrack work has met or exceeded productivity targets overall.”

A separate status report on the current work zone on the Green Line said that, as of Wednesday, work is slightly ahead of schedule there so far.

The Green Line work has addressed a crossover near the College Park Station, tunnel leaks and drain issues among other things.

The complete shutdown of the area, rather than single-tracking as originally planned, has allowed workers to do more power system work.

Due to Metro’s design, both tracks must be shut down in order to safely do most power work.

On Friday, Metro announced that the two remaining surge zones would be shutdowns rather than the initially announced single-tracking.

Those upcoming shutdowns begin on the Orange Line, with no train service between New Carrollton and Stadium-Armory from May 16 through June 15.

The Federal Transit Administration has identified serious issues in that area.

During the work, Silver Line service is scheduled to be cut to maintain near-regular service at the Virginia end of the Orange Line.

The final surge zone under this 24/7 work program is now scheduled to be a complete shutdown of the Red Line between Shady Grove and Twinbrook in late June.

Read the report below: 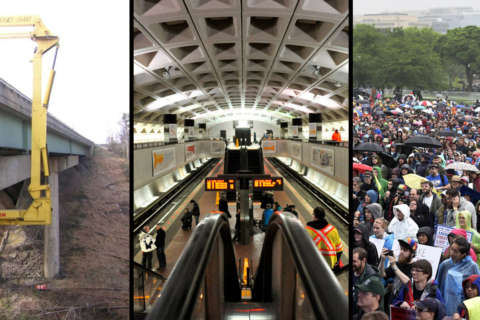 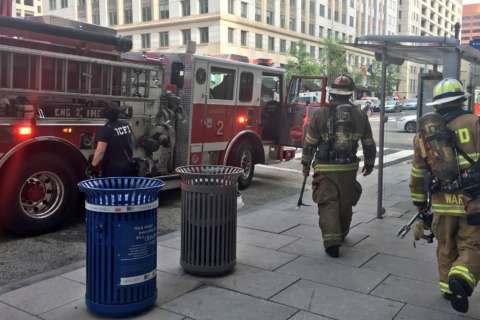