The first retirement of a 4000 Series car marks the beginning of the end for the rail cars frequently cited by Metro as the least reliable in the fleet.
Listen now to WTOP News WTOP.com | Alexa | Google Home | WTOP App | 103.5 FM
(1/7) 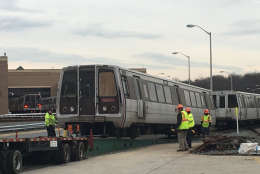 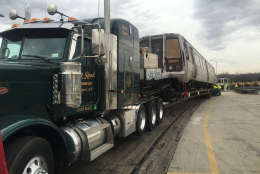 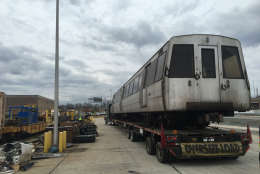 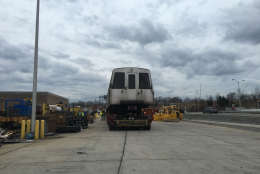 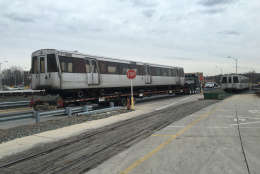 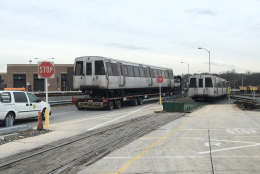 COLLEGE PARK, Md. — The Metro rail cars most likely to break down are on their way out.

The first retirement of a 4000 Series car — frequently cited by Metro as the least reliable in the fleet — came Wednesday morning at Metro’s Greenbelt Rail Yards as car 4054 was hauled up onto a flatbed truck and driven to a scrap yard in Baltimore.

The retirement of the rail car, which will be followed on Thursday by the car it had been paired with since arriving on Metro property, marks the beginning of the end for the 1990s-era 4000 Series cars.

In addition to regular breakdowns, Metro had previously removed all of the 100 4000-Series cars from service several times for issues including a door opening while a train was in motion. It also emerged last year the cars were never properly tested for speed commands.

The retirements of the 4000 Series cars will slightly slow the retirement of Metro’s oldest 1000 Series cars, which cause fewer delays for riders but that the National Transportation Safety Board has warned are dangerous in crashes.

“We worked with NTSB to make sure,” General Manager Paul Wiedefeld said. “These have some safety issues too, so we want to get them out of here as well.”

Wiedefeld said the new, 7000 Series cars, which had averaged about the same reliability as the oldest cars from January to September of 2016 dramatically improved in January.

“We can do much better in terms of rail reliability,” Wiedefeld said. He calls the 4000 Series the “weakest link in the chain” since a single door or break issue can force an entire train of otherwise working cars to go out of service.

The worst-performing cars will be retired first, Metro chief vehicle engineer Sachit Kakkar said, but he added that the 4000 Series trains might still be running fine if they had gotten a regular midlife overhaul that was apparently put off due to funding issues.

Before the cars are shipped to the United Iron & Metal scrap yard in Baltimore, Metro removes all logos, drains fluids and removes a few parts that could be reused like the throttle and radio system. Many parts are left in the car since, with each of the series set to be off the tracks shortly, Metro will no longer have a use for them.

Rail Car Maintenance Superintendent Larry Skelton said Metro expects to sell off remaining parts for 1000 Series and 4000 Series cars as surplus to free up space for more parts for new 7000 Series trains that are steadily coming in to replace all of the retiring cars. Often, parts are sold in bulk for scrap metal.

When the car arrives at the scrap yard, the company will remove the asbestos from 1000 Series cars, and the cars are then scrapped.

Wiedefeld said Metro does plan to keep car number 1000 as part of the agency’s history. A couple of other cars are going to public safety training facilities in the region for use training first responders. 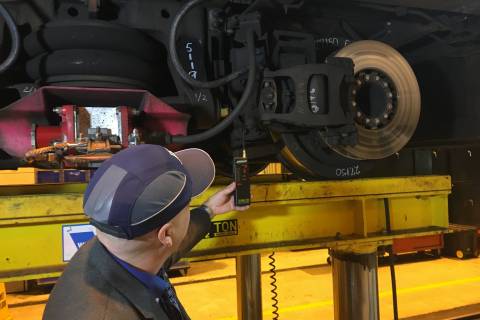