A year and a half after the deadly smoke incident near L’Enfant Plaza, Metro and first responders still have a long way to go on communications with riders during emergencies, the Metro Transit Police Chief said.
Listen now to WTOP News WTOP.com | Alexa | Google Home | WTOP App | 103.5 FM
(1/3) 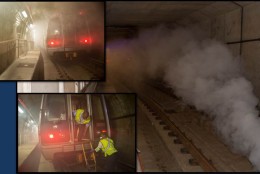 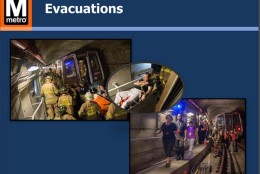 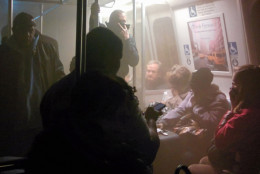 WASHINGTON — A year and a half after the deadly smoke incident near L’Enfant Plaza, Metro and first responders still have a long way to go on communications with riders during emergencies, the Metro Transit Police Chief said this week.

Reviewing Metro’s most recent quarterly safety drill, Metro Transit Police Chief Ron Pavlik told Metro Board members that while not all the feedback is in yet, Metro and first responders are still “challenged with communicating effectively to the individuals on the train.”

The drill simulated the response to an electrical arcing incident in the Silver Line tunnel that bends along Route 7 and Route 123 between the Greensboro and Tysons Corner stations.

“One of the early items is the lack of communication to the people on board the incident train … they said they saw the first responders’ initial calls but [they were] not updating them frequently enough,” Pavlik said.

This is a complaint Metro has heard before, Pavlik said. For example, he said, they may do a good job of updating riders on the train but forget to update the riders on the platform or vice versa.

“So that was one of the things I was hoping we would do a little better on, but it turns out we still need some work to do on our communications side,” he said.

The top objectives of the drill were to successfully establish an incident command post led by Fairfax County Fire with police and rail and bus supervisors and to practice the evacuation of riders from Metro’s tracks.

The next drill will be held not far from the spot where her Yellow Line train got stuck in a smoke-filled tunnel.

On Aug. 28, Metro is planning a more regional exercise on the bridge that carries the Yellow Line over the Potomac River.

While Pavlik said quarterly drills so far have focused largely on a local response, this will require coordination among various jurisdictions, including Arlington and D.C., and first responders coming from either side of the bridge and from the water below.

“This one will be challenging for us, as a region, to see how we respond,” Pavlik said. “We’re working now to do more of a coordinated effort … to see how first responders are able to handle multiple incidents.” 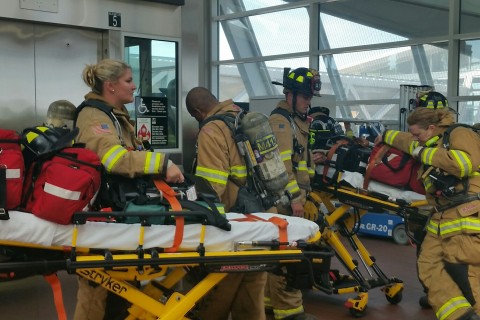