Ever heard of Inspiration4? It may sound like a musical group or a new superhero movie, but it is poised to go into the history books of human spaceflight.
Listen now to WTOP News WTOP.com | Alexa | Google Home | WTOP App | 103.5 FM

Last July saw the “Battle of the Billionaires,” a race as to who would be first and highest on a suborbital flight, involving private companies Blue Origin and Virgin Galactic.

Both flights took place using different types of spacecraft and launching methods. Both companies are poised to start launching paying-passenger flights, but no firm dates have been established yet.

Virgin Galactic’s flight is being investigated by the Federal Aviation Administration, and it has grounded any Virgin Galactic flights until the investigation is completed.

Ever heard of Inspiration4? It may sound like a musical group or a new superhero movie, but it is poised to go into the history books of human spaceflight. If all goes well this Wednesday, the first-ever all civilian/non-professional astronaut crew will launch from historic Pad 39A at Kennedy Space Center to embark on a three-day orbital mission.

Inspiration4 is scheduled to launch “No Earlier Than” 8:02 p.m. EDT on a SpaceX Falcon 9 rocket booster carrying a SpaceX Crew Dragon spacecraft. The launch window is open for five hours. The Crew Dragon is named “Resilience” and has previously flown astronauts to the International Space Station.

Inspiration4 will be a three-day orbital mission that will, according to the website, utilize “scientific equipment dedicated to microgravity research and experimentation.” Fundraising auctions for St. Jude’s Hospital will also be part of the mission plan. Resilience has also been outfitted with a clear bubble on the nose of the spacecraft that will allow each of the crew members individually to see Earth and space from 375 miles up. That will be quite a view indeed!

Life on orbit aboard Resilience will hearken back to the days of the Apollo Command Module, as there is a communal toilet with a curtain, no private areas other than the four crew seats, and astronaut food packets. Cold pizza is on the crew menu, too.

Never before has an all-civilian/non-professional astronaut crew flown solo on an orbital mission. There have been several civilians who have paid their way as passengers to visit the International Space Station. Notably, actor Tom Cruise is slated to go to the space station to make a movie on orbit, which has sparked a space race with the Russians to see who will be first to do so.

After three days in orbit, Inspiration4 is due to splash down in the Atlantic Ocean off the coast of Florida.

Follow Greg Redfern’s daily blog to keep up with the latest news in astronomy and space exploration. You can email him at skyguyinva@gmail.com, or follow him on Twitter. 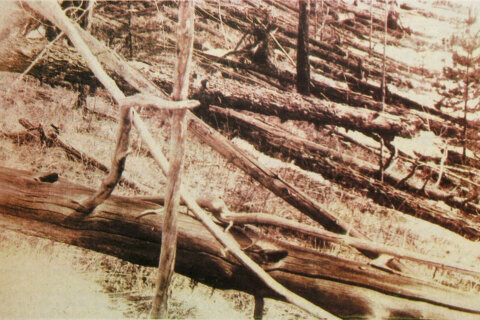