Asteroid Day is an annual reminder of threats to the Earth

Every June 30, there are activities to educate the public on the importance of protecting Earth from asteroid and comet impacts.
Listen now to WTOP News WTOP.com | Alexa | Google Home | WTOP App | 103.5 FM

WASHINGTON — June 30, 2015, was the first Asteroid Day, which organizers called a “global awareness movement where people from around the world come together to learn about asteroids and what we can do to protect our planet” from asteroid and comet impacts.

The date is a significant one in the history of Earth impacts, as on that date in 1908, a 5–10 megaton airburst occurred over Tunguska, Russia. Eight hundred square miles and 80 million trees were flattened (there were no known fatalities). This is the largest impact to occur in modern times.

Asteroid Day events will be held on the internet and at institutions around the world, and the public is invited to attend and learn. Look to see if any are in your area.

NASA “will mark the worldwide observance of International Asteroid Day at noon Friday with a special television program featuring the agency’s Planetary Defense Coordination Office and other projects working to find and study near-Earth objects (NEOs).” The program will air on NASA Television and the agency’s website.”

If you have questions for NASA’s experts, #AsteroidDay submit them to #AskNASA. They’ll take some on-air Friday and answer others at @AsteroidWatch on Twitter.

George Mason University Observatory will host its “Asteroid Day 2017 event” starting at 1 p.m. I will be speaking on “The Chesapeake Bay Impact Crater — An Example of a Hit.” 35 million years ago, what is now Cape Charles, Virginia, was hit by a 2-mile-wide comet or asteroid that produced a crater 56 miles across. The effects of this impact are still being felt today in the region.

Another watershed impact event was my top space story for 2013, as it was historic due to the number of injuries and damage to buildings it caused — the most ever recorded due to an asteroid/meteorite event. Chelyabinsk would go on to be the most-documented meteorite fall ever due to the number of videos, sound recordings, photographs, witness interviews and the precise recovery process of associated meteorites, three of which I own.

Chelyabinsk also improved our knowledge regarding the threat posed by asteroids that are smaller than a kilometer. Smaller asteroids like the one in Chelyabinsk pose a greater hazard for damage than previously thought.

Efforts are underway by the United Nations and NASA to develop defensive capability as well as improved detection of the millions of asteroids out there.

One thing we know for certain is that we will be hit again. If we get good enough at detection and defensive capabilities — after all, space is a very big place, and we are talking millions of potential impactors — we might be able to deflect or destroy the incoming impactor or, absent those possibilities, evacuate the impact zone.

We have had our warnings. We need to heed them and prepare. We do not want to go the way of the dinosaurs or have a large impact event involving a major city. The dice of chance and the passage of time are never-ending. So must be humanity’s collective efforts to defend ourselves.

Asteroid Day is a good step forward in this process. Become part of the movement.

Follow Greg’s daily blog and @SkyGuyinVA to keep up with the latest news in astronomy and space exploration. You can email him at skyguyinva@gmail.com.

What you need to know about the upcoming solar eclipse 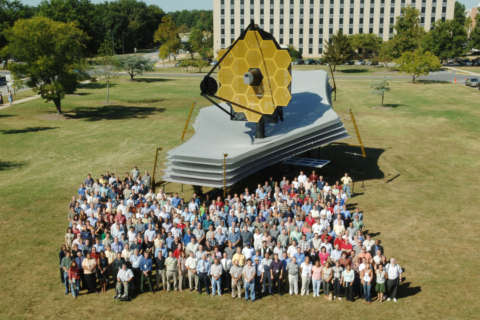 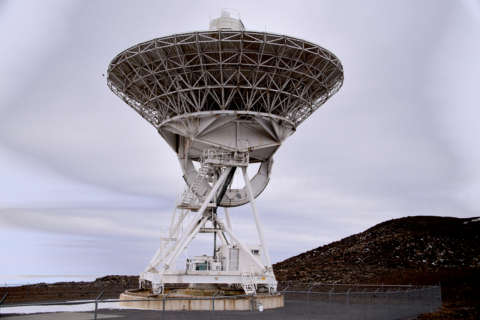 A cosmic 1st: Images of a black hole, and Astronomy Month 2017