Citi Open is full of talented, young players this year, but nobody is commanding attention like 15-year-old Coco Gauff, who won her way into the main draw through qualifying on Sunday.

Several weeks ago, before he left for Wimbledon, new Citi Open proprietor Mark Ein spoke about his specific strategy in attracting talent to his revamped, hometown tournament. Instead of wasting time chasing a single marquee name, he wanted to bring as many good, young players into the field to make matches compelling and to sell those players on making D.C. part of their annual summer routine, so that when they rose to the top ranks, Citi Open would include the very best players in the world.

Through that prism, 15-year-old rising star Coco Gauff has been something of a godsend. Ranked 313th before her stunning run through Venus Williams all the way to the fourth round at Wimbledon, she shot up to 143rd in the world this week. That allowed her, despite having exhausted her supply of three wild card draws already, to earn a spot in Citi Open qualifying, during which she never dropped a service game en route to a pair of straight set victories.

Qualifiers offer chances for all sorts of feel-good stories, like the one that preceded Gauff on Stadium Court Sunday. Former national singles champion from the University of Virginia Thai-Son Kwiatkowski rallied back from down a break in the third set to beat Viktor Troicki 6-3 6-7 6-4. At 24, Kwiatkowski still has plenty of tennis in front of him — he’s 10 years younger than top-ranked American John Isner, 13 years younger than Roger Federer.

That combination of talent and youth — Gauff was the youngest player to reach the round of 16 at Wimbledon since 1991, 13 years before she was born — has created a buzz Gauff is still adjusting to. For one, she’s still getting used to press conferences.

“I used to never really raise my hand to answer questions from my teachers,” she said after her final qualifying match Sunday, a reminder that if she were still attending traditional school, Gauff would be heading into her sophomore year in high school in the fall.

The woman between Gauff and the main draw was 28-year-old Hiroko Kuwata, who had already dashed one American’s qualifier hopes, rebounding after dropping the first set Saturday to Maria Sanchez to dispatch her 7-5 6-0. But Kuwata’s high-water mark in the rankings came more three years ago, when she cracked the top 150. She came into Sunday’s match ranked 265th.

Kuwata was never really in the match. Gauff lost just a single point on each of her first two service games, then used a nifty drop shot to key her first break of the afternoon. That set off a string of seven straight games won in a row as she breezed through her first set at 6-1 and immediately broke Kuwata to open the second set.

Gauff’s occasionally thunderous first serve was powerful enough to leave Kuwata guessing, not even mustering an effort at the ball if she found herself leaning the wrong way. The American faced a few break points, but never dropped a game in front of the thoroughly pro-Coco crowd, finishing out the match on serve in just under an hour.

Coco Gauff will play in the main draw of @CitiOpen. Clean and easy 6-1 6-2 straight set dispatching of Hiroko Kuwata takes just over an hour pic.twitter.com/1ayjmJmIjq

This will be Gauff’s third main draw on the WTA Tour, following Wimbledon and Miami back in March, where she won once before bowing out in the round of 64.

“I definitely think I figured out my game a little bit more. As a teenager, you’re still learning yourself, learning your game,” said Gauff, reminiscing back to Miami. “I feel like I put a lot less pressure on myself. I feel like I’m enjoying it more and not necessarily thinking about losing, just thinking about playing each point.”

Citi Open also announced Sunday that Gauff would take part in ladies doubles. She’ll reunite with 17-year-old Caty McNally, with whom she won the juniors doubles title at last year’s U.S. Open. They’ll open up their competition Monday afternoon, while Gauff will get until Tuesday before beginning her main draw singles run against Zarina Diyas from Kazakhstan, currently ranked 84th in the world.

If Gauff can advance, No. 5 seed (and world No. 36) Lesia Tsurenko may well await her, with top seed, world No. 8, and 2015 Citi Open champion Sloane Stephens potentially in the quarterfinals. Whether or not she makes it that far, it all beats the contingency plans her family had if she hadn’t qualified — sightseeing with her brothers and grandparents.

“Now they get to watch me play,” she said. “Everything has been last-minute, but I’m kind of used to it…I’m just happy and super grateful that I’ve gotten this opportunity to play here and I’m, excited that I’m still in the tournament.” 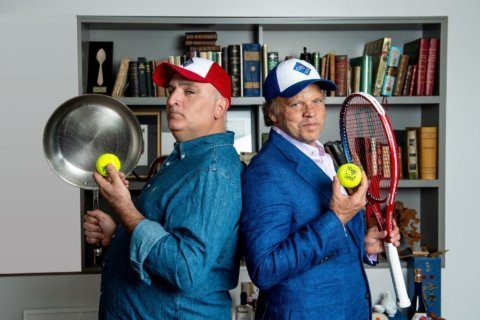 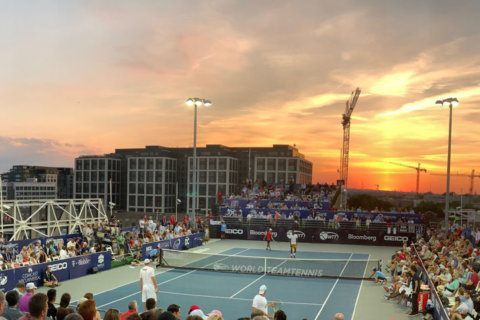