In the midst of the coronavirus pandemic, causing many to work remotely, here are some photo and document scanning suggestions that could help.
Listen now to WTOP News WTOP.com | Alexa | Google Home | WTOP App | 103.5 FM
Q: I heard that the CamScanner app was found to have malware in it so I’m looking for something to replace it. Any suggestions?
A: Late last year, the very popular scanning app with over 100 million downloads was found to have malicious code within a third-party advertising component that was integrated into the app.
It’s an ongoing challenge and concern for free apps that use ads as a way to monetize users, even when the apps are extremely popular.
When the security firm that found the malware made the information public, the app was pulled from Google’s Play Store. However, the iPhone version of the app was not found to have the same malware component.
Since then, the creator of the app cleaned up the issue and was allowed back into the Google Play Store.
If you’re an educator or student, because of the pandemic, they are offering the premium version for free, as this has become a popular tool for distributing and collecting handwritten homework assignments by many teachers.
While the malware issues have been resolved, there are some that are concerned about the app because a Chinese developer owns it. There are also various complaints from users that have paid for the premium version as well.

If your primary need is to scan documents, a solid alternative to CamScanner is the totally free Adobe Scan app.
It also includes OCR (Optical Character Recognition) capabilities, which allows you to scan a document and turn it into a text document ready to be edited.
If you want to do more extensive editing on your smartphone, it integrates with other Adobe apps which can add functionality, such as fill and sign or PDF editing.
You can use it to scan photos and business cards as well, so it’s a well-rounded option.
For those that are Microsoft Office or OneNote users, the free Office Lens app would be worth checking out as well. In addition to document scanning, the app is designed to scan whiteboards and convert the handwriting into editable text.

If you’re more interested in scanning photos, my personal go-to is the Google Photoscan app because of features such as glare removal, perspective correction and automatic edge detection.
If you have slides or negatives to scan, you can get decent results with the Kodak Mobile Film Scanner app (search in your associated app store).
The key to success with negatives and slides is finding the right backlighting for the app to work well. You can try opening a program that will provide a white background on your laptop screen, such as a blank Word document as a backlight.
It’s important to keep the negative or slide at least 6 inches away from your display or your camera may pick up the actual pixels on your laptop’s screen. With negatives, laying or taping them on a flat piece of glass is helpful.
Kodak does offer an inexpensive cardboard box with a light that’s battery-powered if you plan on doing a large volume of scans.
Ken Colburn is founder and CEO of Data Doctors Computer Services. Ask any tech question on Facebook or Twitter. 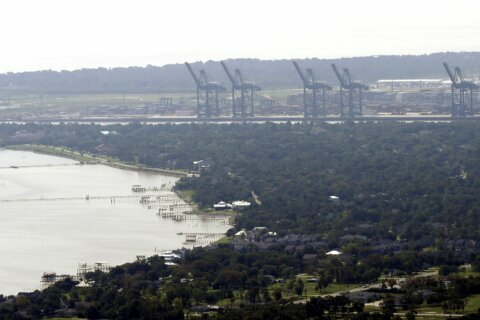