This week at CES, as nearly a dozen manufacturers in the automotive industry showcased distinct innovations within their own product lines.
Listen now to WTOP News WTOP.com | Alexa | Google Home | WTOP App | 103.5 FM
(1/7) 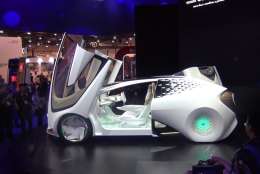 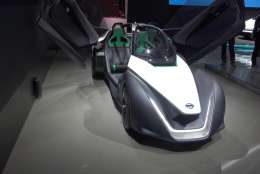 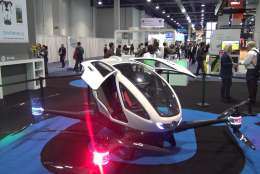 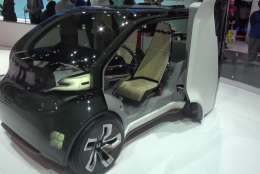 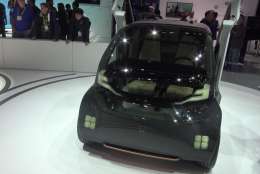 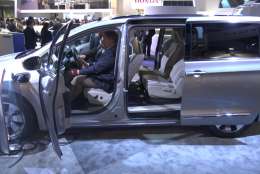 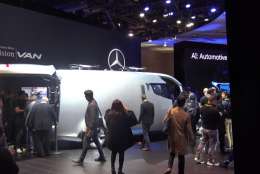 LAS VEGAS — With the possible exception of health care, no single field delivers advancements in technology to more consumers in more ways than the automotive industry. As any gearhead working on vehicles in the 21st century will tell you, if you don’t understand how computers work, you simply are no longer qualified to be a mechanic.

Year after year, auto manufacturers and industry affiliates from Asia and Europe to North America work collaboratively to deliver vehicles that are more sturdy, safe, efficient, comfortable and far more functional than ever, while integrating elements unique to their own brands in order to maximize competitiveness in the marketplace.

Not surprisingly, many such companies are independently pursuing the same objectives. This week at CES, as nearly a dozen manufacturers showcased distinct innovations within their own product lines, two fundamental trends seemed to emerge — the concept of vehicles capable of learning from drivers’ emotions to affect behavioral change and the creation of an urban transportation model that can perhaps be best described as “Autonomous Uber.”

“Consumers show a high level of interest in self-enabling vehicles or cars that can learn, heal, drive and socialize,” reads a study released last year by the IBM Institute for Business Value. “These capabilities include self-driving cars, vehicles that can be fixed without human intervention and the implementation of cognitive computing to learn and assimilate to the driver’s behaviors, the vehicle itself and the surrounding environment.”

As if to prove that point, the companies at CES demonstrated all that and more.

Hyundai Motor has made a commitment to reduce incidents of road rage by creating an environment in which mobility and wellness are connected. Through the deployment of sound, scent, posture molding, temperature and light, vehicles will deliver a targeted combination of sensory outputs designed to affect a positive user outcome, based on biometric readings to deliver an orchestrated experience to promote mental awareness and focus.

And then there’s Honda, which has incorporated both concepts into NeuV, a self-driving, two-seat commuter car for urban environments. The vehicle is powered by an Emotion Engine that learns by detecting the emotions behind the driver’s judgments and then, based on the driver’s past decisions, makes new choices and recommendations.

“NeuV is taking us to the next step where things become more simplified,” said Jarad Hall, one of the lead designers on the project. “It also understands you and reacts to your needs a little bit better. The Emotion Engine is called HANA, which is our Honda Automated Network Assistant, and it’s just that — an assistant to help make your life easier, better and make the driving experience more pleasurable.”

Already ahead of the curve, however, is a startup from France called REVA2, which is designing a fleet of driverless vehicles that can be accessed by smartphone, tablet or PC for a guaranteed pickup within minutes. A guiding thread called the Blue Line will be equipped with RFID chips that enables precise positioning while guiding the vehicle autonomously. When deviating from the strip, the driver’s seat will swivel to allow access to a traditional vehicular configuration for side-street or intracity personal transport.

Presently in conversation with city administrators in France and the United States as well as potential Blue-Line manufacturers, REVA2 plans to implement demonstrator programs in select communities by 2018.

“Clearly, the race to create a driverless urban personal transit system is now underway,” said REVA2 CEO Fabrice Brassart. “Here at REVA2, we are definitely poised to change the way people travel within an urban environment. And while it’s a concept that may seem like it’s still a century or two away, with so many companies now working on this model, it’s quite evident that we are actually far closer to this sort of environment than people think.”

See some of the latest innovations demonstrated at CES: 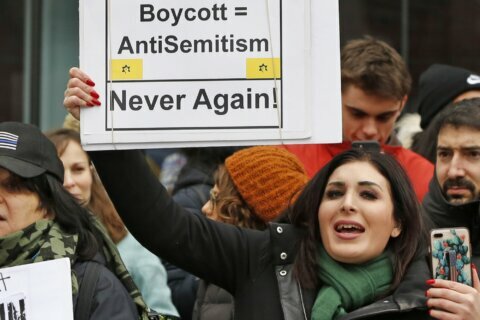