There is no public market share data on beach chairs, but Rob Silinski, the president of ShelterLogic Group, estimates that Tommy Bahama controls 80% of the market for chairs above $30. It's an unexpected success story for Tommy Bahama.
Listen now to WTOP News WTOP.com | Alexa | Google Home | WTOP App | 103.5 FM

Heading to the beach this Labor Day weekend? Chances are you’ll see Tommy Bahama-branded chairs, umbrellas and other gear spread out all over the sand.

This tropical kitsch brand, which began in 1992 selling men’s silk Hawaiian shirts and then ventured into far-flung areas like furniture and restaurants, is nearly everywhere by the ocean these days, from Florida to California to New Jersey.

“Tommy Bahama is a lifestyle brand and the beach chair helps reinforce that idea of sun and vacation,” said Edward Yruma, a retail analyst at Piper Sandler, who covers the brand’s owner Oxford Industries. “You see them all over most major coastal beaches during the summertime.”

The brand conquered America’s beaches thanks to a licensing strategy with a key outdoor goods’ manufacturer, access to Costco’s 60 million plus members, and new features on the chairs since their 2009 debut, like backpack straps and extra pockets to hold sunscreen and smartphones.

Tommy Bahama sales are also getting a lift from “the return to leisure and vacation travel and permanent migration of so many people to warmer climates” during the pandemic, Oxford Industries Thomas Caldeco said on an earnings call Thursday.

Tommy Bahama doesn’t make its chairs and beach goods. They are made by ShelterLogic Group, a leading outdoor and beach products’ manufacturer, which also makes the RIO Beach brand of chairs, and other sheds, tents and camping equipment lines.

Instead, Tommy Bahama licenses its name and design for the beach goods and receives royalties from sales at retailers. This licensing strategy means Tommy Bahama can increase customers’ exposure to the brand without incurring production or advertising costs.

The beach chairs themselves are an “incredibly powerful marketing tool,” Yruma said.

‘Better to be lucky than good’

There is no public market share data on beach chairs, but Rob Silinski, the president of ShelterLogic Group, estimates that Tommy Bahama controls 80% of the market for chairs above $30.

The man who oversaw the chairs’ launch in 2009, almost two decades after the company started, never imagined customers would buy them.

“It’s better be lucky than good,” said Doug Wood, the president of the brand at the time and now CEO. “I had no illusion it would take off like this.”

At the time, Tommy Bahama was struggling.

Its founders positioned the brand as a fashion line for men who belonged to country clubs. They were “Ralph Lauren aficionados,” Bob Emfield, one of the founders, said of the brand’s target customer in a podcast this year.

They were looking to create a design that evoked the “Sunbelt and dressing down,” Emfield said, and were set on using the name of an island close to the mainland United States.

“Hawaii had been beat to death,” he said. So they came up with “‘Tommy Bahama’ because I liked the resonation of the two words together.”

The founders had recently left the company, and the country was suffering through the Great Recession, which dragged down Tommy Bahama sales.

“We were a silk-based company known mostly for flowery camp shirts for men,” CEO Wood said. “We had some swimwear in the line. No one thought about us as a beach brand. We were dressier than that.”

So when a Tommy Bahama executive pitched Wohaod the idea to work with SimpleLogic to sell licensed chairs at Costco, Wood never thought it would work.

But the brand needed cash and Costco was guaranteeing around $250,000 right away, so Wood reluctantly agreed. “It took off,” he said. “It continues to sell at an incredible rate.”

After its success at Costco, Tommy Bahama expanded distribution to other chains such as Amazon and Walmart. Now, Tommy Bahama releases a new chair every season and sends an email blast to subscribers when it debuts.

The brand doesn’t break out sales from the business, but Tommy Bahama sells up to two million chairs a year and 700,000 umbrellas, Galanti added.

Its most popular product is the $89 “Wavy Marlin Deluxe” reclining navy blue aluminum chair with a built-in cooler, padded backpack straps and a neck rest. Costco, Amazon and other chains sell more basic versions for around $40.

In recent years, ShelterLogic has expanded the Tommy Bahama line into kids’ chairs and ones higher off the ground designed for older people to more easily get out of the seats.

As a result of the chairs’ popularity, Tommy Bahama developed an entirely new business around beach gear, and more recently has moved into women’s swimwear, coolers and t-shirts.

“It has allowed us to build businesses that we didn’t have,” Wood said. 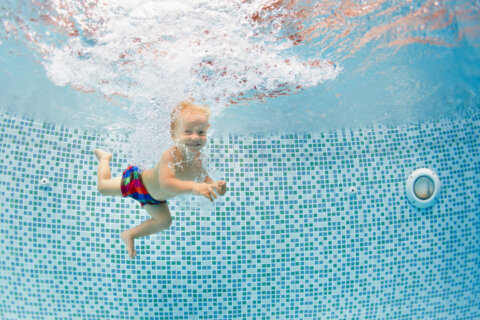 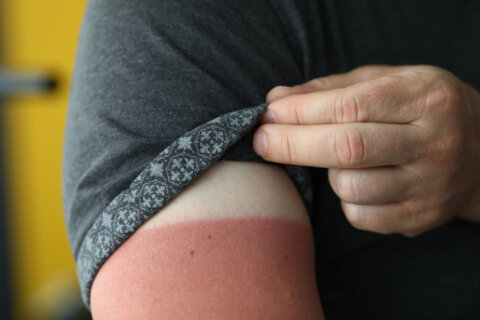 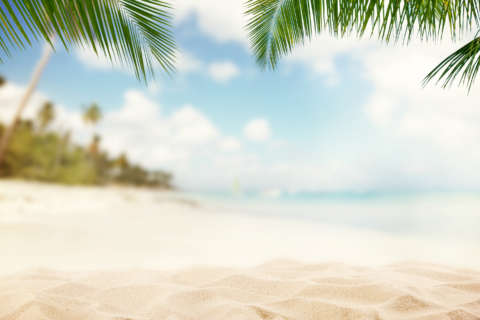