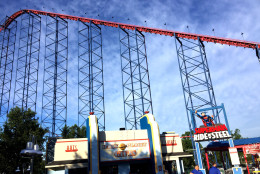 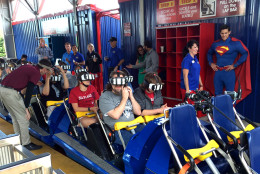 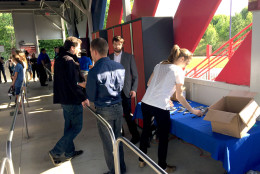 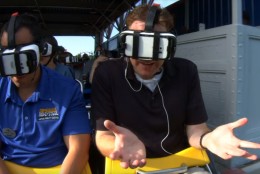 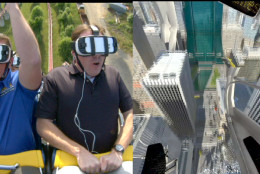 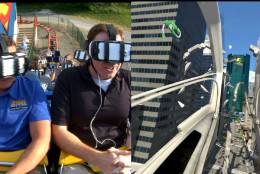 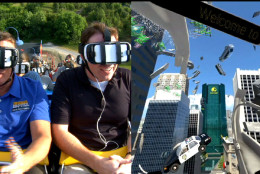 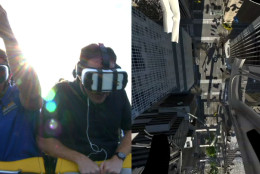 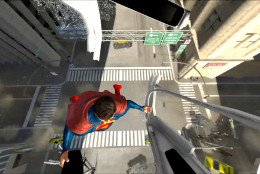 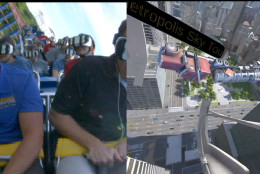 UPPER MARLBORO, Md. — It begins as a leisurely tour of the city of Metropolis, but, of course things became much less leisurely on Six Flags America’s SUPERMAN: Ride of Steel Virtual Reality Coaster.

The popular roller coaster at Six Flags America has been upgraded to include virtual reality headsets, and WTOP was there to test it out. The experience begins 15 or so stories in the air at a virtual train station. The headset enables 360-degree views, which lets riders get a few moments to take in their surroundings. Riders can even look down at their own virtual bodies.

Once the roller coaster begins moving, its climbs and drops are coordinated with graphics — a depicted battle between Superman and Lex Luthor, who creates chaos throughout the city by manipulating gravity.

Riders see the virtual train, along with cars and trucks, begin to float upward, as the actual coaster climbs. As the coaster descends sharply, riders can see the city street approaching fast before the train is caught by Superman. From there, the virtual train is guided by Superman over buildings and is, sometimes, hijacked and pulled by Luthor.

The Superman coaster at Six Flags America joins rides in Texas and New England in getting the virtual reality upgrade. These coasters, along with fighter jet simulators at other Six Flags parks, are the first set of virtual reality coasters in North America, according to Brett Petit, senior vice president of marketing for Six Flags. He said the technology was first introduced in Europe and Japan.

“Many people say they don’t even remember that they’re on a roller coaster,” he said.

“Our partner has developed a way to perfectly sync the movements of the coaster with the story that you see.”

That partner, VR Coaster of Germany, hopes to have the coasters in 20 parks worldwide by the end of the year. Thomas Wagner of VR Coaster said that many who tried virtual reality in a chair would get dizzy during a roller coaster simulation.

“It turned out that it’s not only that you don’t get dizzy when it’s precisely synchronized to the actual ride, but it’s also a totally new experience.”

Petit said only those 13 and older are allowed to use the virtual reality headsets, but any customer may choose not to wear the headset and only experience the roller coaster.

Also, he said the headsets feature antimicrobial leather which are cleaned after each used. 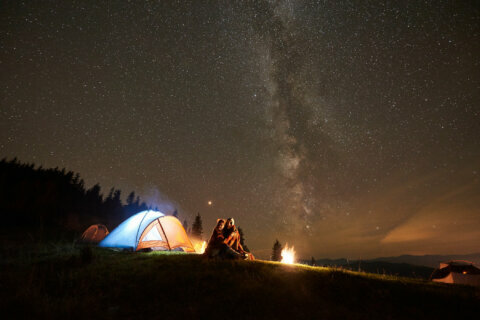 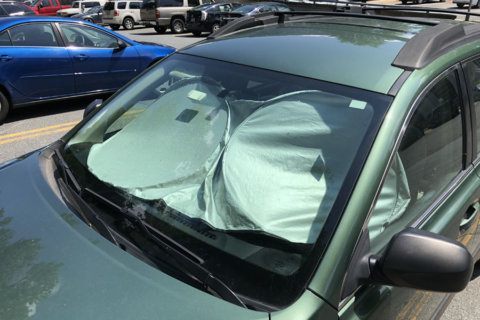