Mark and Tawana Brown, of Stafford, were driving home from a barbecue when they noticed something in the road.
Listen now to WTOP News WTOP.com | Alexa | Google Home | WTOP App | 103.5 FM
(1/3) 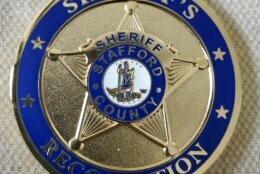 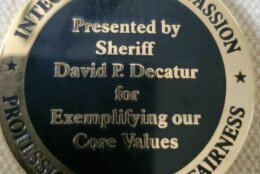 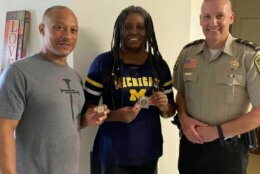 Talk about being in the right place at the right time: A driver who thought he saw a bag in the road in Stafford County, Virginia, quickly discovered it really was a child who had fallen out of her mother’s vehicle.

Mark and Tawana Brown, of Stafford, were driving home from a barbecue when they noticed something in the road.

“All of a sudden a kid stepped out of the bag. But, it was a car seat. It was a car seat and the kid got up out of the car seat,” Mark Brown said. “It looked like she was puzzled. So, she was just looking around everywhere. We slammed on the brakes and stopped.”

Tawana Brown scooped up the 4-year-old and took her to safety. In the fading daylight they could see the mom’s car returning from about 15 or 20 yards away.

“And there were two infants in the car. None of them were secure,” Brown recalled. The car seats weren’t locked into the vehicle. The seats had no harnesses to strap in the children.

Brown is an 18-year veteran officer for U.S. Capitol Police. He said the woman attempted to grab her child and the car seat and leave, but he made her wait for sheriff’s deputies to arrive.

Meantime, he rushed home to retrieve two car seats and a toddler-sized booster seat once used by his grandchildren. He installed them, showed the mom how to install them and showed her how to activate her vehicle’s child safety locks.

Brown said he believes everything happens for a reason.

The Stafford County Sheriff’s Office gave the woman a summons for child abuse. The Browns have been presented with Sheriff’s Recognition Coins for their “compassionate actions,” but Mark Brown said he couldn’t imagine the situation unfolding any other way.

“At the time, when we realized it was a kid, it was pretty much jump into action. You got to do something. And that’s pretty much what we did,” Brown said.

If there’s a lesson to be learned from the experience, it’s that there’s help for people who need it.

“My message is — check with your local sheriff’s department or fire department,” he said. “Any public law enforcement has someone to show you how to properly install car seats.” 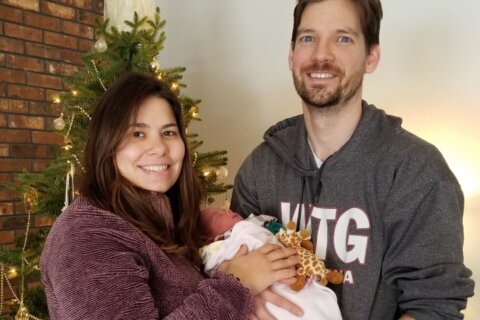 Stafford Co. mom treks through snow to get to hospital for daughter’s birth 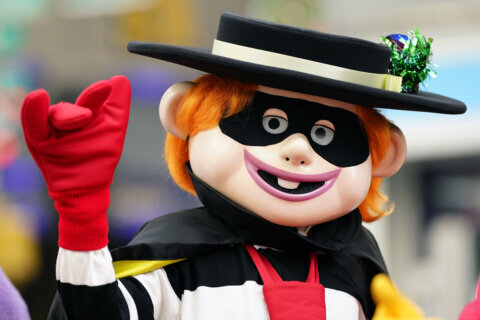