WASHINGTON — The Chairman of Virginia’s First Congressional District Democratic Committee said Thursday that complaints from other Democrats about hundreds of potentially incorrect ballots in Fredericksburg are likely overblown, although there may still be some smaller significant issues.

Matt Rowe said the splits in Fredericksburg precincts between House District 28 and House District 88 that were used in last week’s election are specifically described in Virginia code.

“While there are other questions that need to be answered surrounding this election, I can tell you for certain that #Fredericksburg has 3 split precincts,” Rowe tweeted.

While there are other questions that need to be answered surrounding this election, I can tell you for certain that #Fredericksburg has 3 split precincts. I'm happy to answer any questions you may have. #HD28 12/12

As WTOP reported Wednesday when other Democrats claimed that more than 600 people may have been given ballots in the wrong race, state records show the precincts have been similarly split in each election since new maps were drawn in 2011.

“The registrar has correctly split the precincts as city and state code require,” Gilbert said in a statement.

However, Rowe said there are separate concerns that a smaller number of voters reported getting ballots with the wrong House race within those precincts based on their actual state voter registration.

“This is a big deal and needs to be checked out,” Rowe said.

Fredericksburg election officials got those complaints during the election Nov. 7, but were advised to continue with voting anyway.

The group that raised questions Wednesday has also separately filed a federal lawsuit on behalf of Democrat Joshua Cole’s campaign in the 28th District over 55 absentee ballots that the House Democratic Caucus initially wrongly claimed were all ballots submitted by members of the military.

“Democrats either lied or were flat out wrong,” the Republican leader Gilbert said in a statement.

The 55 absentee ballots arrived at the Stafford County Registrar’s office after the legal deadline to be counted — when polls close on Election Day.

Cole trails Republican Bob Thomas by 82 votes in the results submitted to Virginia’s State Board of Elections for final certification, which is scheduled for Monday.

After that, the 28th House District and two other races are expected to head into recounts. If the recounts do not change any results, Republicans would maintain control of the house of delegates 51-49. 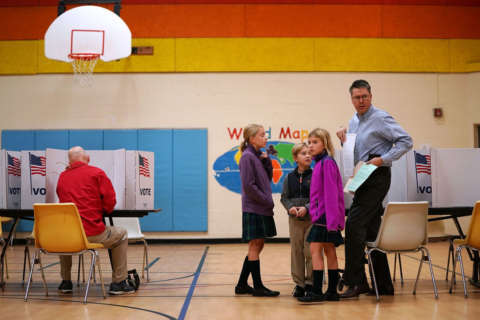