SOUTH BEND, Ind. (AP) — Maddy Westbeld scored 10 points in four minutes and No. 5 Notre Dame started the second half on a 17-0 spree en route to a 85-57 win over Western Michigan on Wednesday.

The Fighting Irish (10-1) led 38-30 at the half, but scored on seven of their first eight possessions during the third quarter with a trio of 3-pointers. The Broncos (5-6) missed their first nine shots from the field in the period and saw their three-game winning streak snapped.

“They threw a haymaker and they connected,” Western Michigan coach Shane Clipfell said of the Irish. “It had a lot more to do with them than us. I’m sure they had a stern talking-to at halftime. The only thing I didn’t like about our response is we got flustered. They were making baskets and then we were trying to do things too fast at the other end.”

Westbeld scored a season-high 23 points, including 15 in the third quarter, and grabbed a game-high eight rebounds.

“We definitely started out a little slow,” Westbeld said. “We need to take it on ourselves to hold our standard from the beginning of the game, so at halftime, Coach (Niele Ivey) just reiterated that a little bit for us. We came out in the third quarter ready to play our game.”

Notre Dame: The Irish now dive into the league grind in earnest, where they’ll have competition for the Atlantic Coast Conference title from No. 6 North Carolina, No. 7 North Carolina State and No. 8 Virginia Tech. Notre Dame already played the Hokies on the road, and will also have road games against the Tar Heels and Wolfpack.

Western Michigan: The Broncos turn their attention to Mid-American Conference play after an uneven preconference slate that saw them lose by margins of 48, 32, 38 and 28, and win against overmatched opponents by as much as 61 and 28.

Ross, a redshirt sophomore, entered the day as one of the nation’s hottest guards, averaging 28.5 points over her last four games. The Irish slowed her down, with mostly Citron and freshman KK Bransford taking turns on defense.

“It was an emphasis for us to try to limit her touches,” Ivey said of Ross, “deny her a little bit more, make her uncomfortable, push her off the 3-point line. … She’s really tough and I thought we did a really good job.”

Over her previous three games, while averaging 31 points, she’d gone 24 of 53 from the field with seven 3-pointers. More staggering, she’d attempted 43 free throws and made 38.

“I think she got a little frustrated when she didn’t get the calls,” Clipfell said. “They weren’t going to allow her any free space, but she’s tough and she’ll learn from this one.”

Western Michigan: Has a two-week hiatus and then start MAC play at Toledo on Jan. 4. 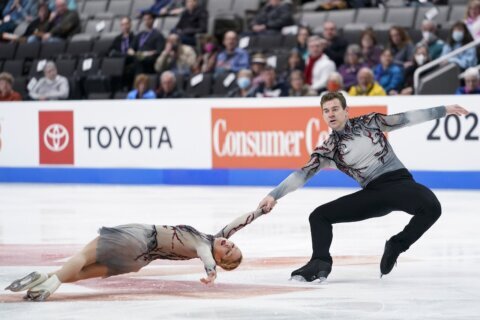