Holidays: Where to see holiday lights | Santa's back with inflation, inclusion on his mind | 4 ways to limit your holiday debt | Inflation 'definitely a guest' at holiday celebrations this year
Home » Sports » Hornets' LaMelo Ball unlikely…

Hornets coach Steve Clifford said Monday that Ball is doubtful for the game and is uncertain if he will make the trip out West.

“He wasn’t able to do anything today,” Clifford said. “He is doing extra rehab and everything he can, but I would say very doubtful.”

Ball was injured in the Hornets’ preseason loss to the Washington Wizards on Oct. 10 when Anthony Gill stepped on his foot. Ball hasn’t practiced or played since.

Clifford said there is no timetable for Ball’s return.

When asked about not having Ball in the lineup, Clifford joked, “I’m not sleeping as much. I’m eating more. Usually I have one bag of cough drops. Today I have had three. Other than that, everything else is the same.” 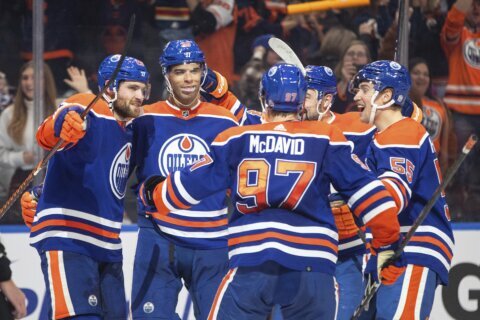