MILAN (AP) — Bayern Munich continued its tradition of winning its opening Champions League game by beating Inter Milan 2-0 at San Siro on Wednesday and it would have been more comfortable had it not been for Nerazzurri goalkeeper André Onana.

Leroy Sané fired Bayern ahead in the 25th minute and also had a part in the second goal, which Inter defender Danilo D’Ambrosio turned into his own net in the 66th. It was the 19th straight time the German team has won its opening match in the competition and the 17th time it has done so without conceding a goal.

“Leroy helped us score two goals, the first on a great ball from Kimmich but that was difficult to control,” Bayern coach Julian Nagelsmann said. “On the second he showed how he can move things quickly, he did really well. We could have sealed the result earlier even, but I am happy.”

Barcelona beat Viktoria Plzen 5-1 in the other Group C match, with Robert Lewandowski — who left Bayern in the offseason — netting a hat trick. Bayern hosts Barcelona and its former star forward next Tuesday.

“I’m happy for Robert … but of course I’m not happy to meet him as an opponent,” Nagelsmann said.

It was further disappointment for Inter, which has already lost two matches in Serie A, including the derby against AC Milan over the weekend.

The manner of the defeat will also sting as Bayern was dominant for much of the match and had 21 attempts on goal compared to just nine for Inter.

“We were up against an extraordinary team, one of the best in Europe,” Inter coach Simone Inzaghi said. “We should have done better as a team on the first goal, then we improved and created a lot of chances, but we made mistakes with the final ball.

“Against teams like this you need to have the perfect match and we didn’t have that but we were facing a team of really great quality.”

Inzaghi had made several changes from the weekend, notably dropping Samir Handanović and handing a debut to Onana, who had not played a competitive match since April at Ajax. Star forward Romelu Lukaku was still injured.

Onana was kept busy from the start as he had to make two saves from Joshua Kimmich within three minutes. He also had to get down smartly to stop an effort from Thomas Müller, while Kingsley Coman fired narrowly over the bar.

Inter only had a couple of sights of goal in the first half, with Lautaro Martínez flashing a shot across the face of goal early on and a weak effort from D’Ambrosio that was straight at Manuel Neuer.

Onana pulled off a great save to palm Müller’s shot over the bar but could do little when Sané ran between two Inter defenders and onto a ball over the top from Kimmich, rounded the goalkeeper and deposited into the empty net.

It was another defensive lapse from Inter, which has already conceded eight goals in five league matches this season.

Bayern was in complete control and indeed had a triple chance to double its tally as first Onana parried an Alphonso Davies effort, then D’Ambrosio blocked Müller’s follow-up shot and Marcel Sabitzer fired the rebound narrowly wide of the left post.

Inter appeared to have a different approach after the break and created chances but D’Ambrosio and Edin Džeko failed to make the most of early opportunities.

A comedy of errors almost gifted Bayern its second as Alessandro Bastoni attempted to head Kimmich’s shot back to his goalkeeper but perhaps did so too powerfully as Onana had to backtrack rapidly to claw it out from under the crossbar and off the post.

Moments after risking it, the Nerazzurri did score an own goal. Coman and Sané combined beautifully on the edge of the area and the latter’s cross-shot was turned into his own net by D’Ambrosio. 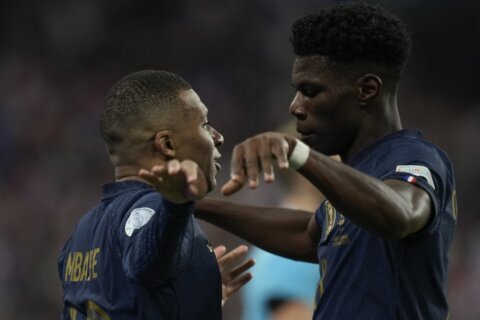 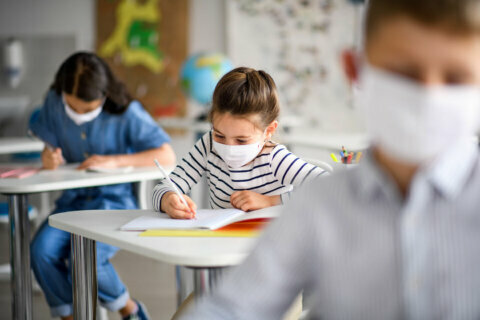