Swift return for Dybala as he travels to Juventus with Roma

The Serie A calendar had been outlined the previous week and threw up Juventus against Roma in the third round of fixtures.

Dybala spent seven years at Juventus and weighed in with 115 goals and 48 assists in nearly 300 matches. He also helped the Bianconeri to 12 trophies, including five Serie A titles.

But the often-injured Argentina forward fell out of favor under coach Massimiliano Allegri after Juventus signed Dušan Vlahović in January. He left the Turin club when his contract ran out, joining Roma in July.

Dybala, who hit the post on his debut, has yet to get off the mark for his new club and he will be even keener to do so against his former teammates on Saturday. It will be an emotional match for the 28-year-old, who cried on his final home match for Juventus in May.

But coach José Mourinho is not concerned by his team’s lack of goals.

“We are a hyper attacking team, the goals will come sooner or later too,” he said. “So if you are asking me if I am worried about that then the answer is no — because Tammy (Abraham), Paulo and eventually Nicolò (Zaniolo) will be scoring soon enough.”

“Three points is the most important thing,” Smalling said after his header helped Roma to the slender win on Monday. “We can play better, we can finish the game earlier, but it’s two games in and we wanted six points.

“We can only play better; having six points is the most important thing.”

Indeed that is two more points than Juventus, which drew much criticism following its drab 0-0 draw at Sampdoria on Monday.

That was in contrast to the plaudits the Bianconeri earned after they opened the season with a 3-0 win over Sassuolo.

The difference between the two matches was Ángel Di María, who added some much-needed flair to Juventus by scoring on his debut against Sassuolo but also went off injured and will almost certainly miss the Roma match.

Juventus will also be without Paul Pogba as well as Federico Chiesa, Kaio Jorge and goalkeeper Wojciech Szczęsny. But Leonardo Bonucci should return after the veteran defender was only fit for a place on the bench at Sampdoria and he should help contain his former teammate Dybala.

“This draw should serve as a lesson to understand which areas we need to work on,” goalkeeper Mattia Perin said after the Sampdoria match. “Obviously, it leaves a bad taste in our mouth, but it will be an extra incentive to better prepare for the next game.

“Surely not having conceded a goal for the second consecutive matchday is an excellent sign and confirms how much good we are doing in training.”

Roma will also be without two important players as Georginio Wijnaldum fractured his tibia during a training session on Sunday, while Zaniolo was stretchered off just before halftime against Cremonese and will be sidelined for a month after dislocating his shoulder.

“I am worried, but that is life. Crying about it does not help,” Mourinho said. “Obviously, you have ideas and plans in place for how you want to play – and then you immediately find yourself in a situation where we are a few players down.

“But that’s soccer, it can happen, and we need to look forward.”

In his first season as Roma coach, Mourinho’s side lost all seven of its matches (six in Serie A and one in the Italian Cup) against the three giants of Italian soccer: AC Milan, Inter Milan and Juventus.

He will be hopeful of ending that negative streak on Saturday. 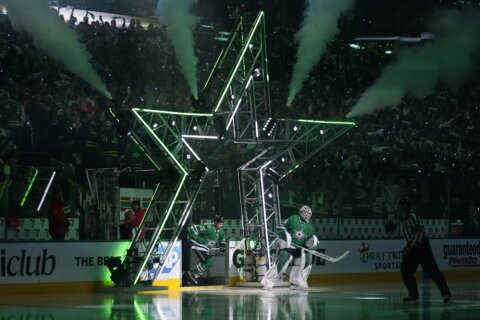 DeBoer has old, young Stars who would like another Cup debut

Mo Farah pulls out of London Marathon with hip injury