1859 — The first intercollegiate Regatta is held in Worcester, Mass., with Harvard beating Yale and Brown.

1928 — Gene Tunney beats Tom Heeney on a technical knockout in the 11th round at Yankee Stadium to retain the world heavyweight title.

1955 — Doug Ford defeats Cary Middlecoff 4 and 3 in the final round to capture the PGA title.

1992 — Miguel Indurain of Spain, the holder of the yellow jersey as overall leader for the final nine days, rides in the pack to clinch his second straight victory in the Tour de France.

1998 — Three spectators are killed — the first fan deaths at a major race in the United States in more than a decade — and six are injured by flying debris from a one-car crash at the U.S. 500 at Michigan Speedway.

2005 — Greg Maddux records his 3,000th career strikeout against San Francisco, striking out Omar Vizquel in the third inning of a 3-2, 11-inning victory for the Giants.

2013 — He Chong wins his record-tying third consecutive world title in the men’s 3-meter springboard at Barcelona, Spain, giving China its seventh gold medal in eight diving events. His victories in 2009, 2011, and 2013, matches Phillip Boggs’ record of three titles from 1973-78.

2015 — Kyle Busch’s incredible comeback continues with a weekend sweep at Indianapolis Motor Speedway. He wins the Brickyard 400 a day after winning the second-tier Xfinity Series race. Busch, who missed the first 11 races of the season with a broken right leg and broken left foot, wins the fourth of the last five Sprint Cup Series races, including three straight.

2020 — Italian soccer team Juventus wins its 9th straight Serie A title in a 2-0 victory over Sampdoria.

2021 — Hidilyn Diaz becomes the first athlete from the Philippines to win an Olympic gold medal in the 55kg class of weightlifting at the Tokyo Games. 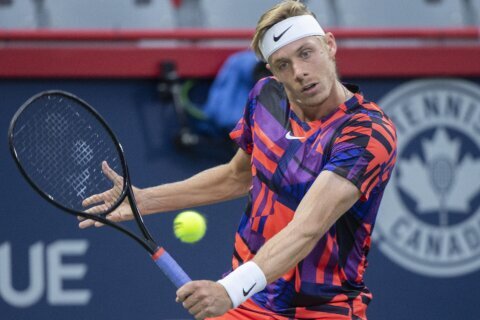