The 36-year-old Briton, who was world welterweight champion from 2014-17, said in an interview with British newspaper The Sunday Telegraph: “It’s over for me. I’ll never box again.”

His last fight, therefore, was his win over longtime rival Amir Khan in a grudge match in February.

“Truth is, boxing is a very, very tough, dangerous sport,” Brook said in the story published Saturday, “one in which you can be legally killed in the ring, and I’ve finished now with all my faculties intact.”

The finest moment of Brook’s career came when he beat Shawn Porter to win the world title in 2014. He was beaten by Gennady Golovkin, Errol Spence Jr. and Terence Crawford but earned plaudits in the process.

Brook looked to be heading to retirement but his resilience eventually led him to the fight with Khan, which he won emphatically with a sixth-round stoppage, to end his career 40-3.

“I needed the Khan fight, I needed to settle the grudge, the feud,” he said. “There is no dark feeling left in me now. I think when you have been in the ring with someone, it passes, it leaves you.”

Brook said he would now like to train or manage young fighters.

“I’d just like to be remembered,” he said, “as a fighter who would go in with anyone, feared no one and who gave the fans what they wanted.” 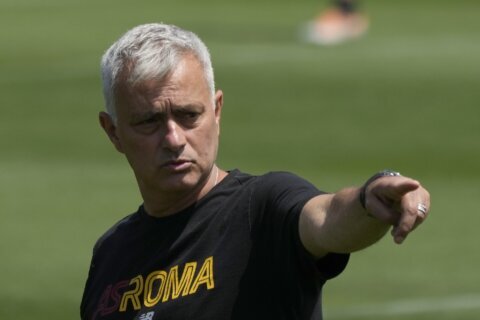