HAMPTON, Ga. (AP) — Ty Gibbs pulled off a brilliant move after taking the white flag to lead his only lap of the day, winning the NASCAR Xfinity Series race at Atlanta Motor Speedway on Saturday night

On the second attempt to finish the crash-marred race in overtime, Ryan Sieg had the lead in the outside lane with Austin Hill running just inside his bumper.

Hill briefly grabbed the lead in the backstretch before Sieg reclaimed the top spot coming to the line with one lap to go.

But Gibbs, getting a big push from A.J. Allmendinger, spotted an opening between the two leaders, veered left to slip between their cars and got clear of both heading into the first turn.

Gibbs came off the second turn with a lead of several car lengths while a gaggle of machines bunched up behind him, none of them able to make any sort of run.

Gibbs took the checkered flag ahead of Hill by 0.178 seconds. Allmendinger wound up in third, while Sieg dropped all the way back to 10th.

“I did not expect this at all,” said the 19-year-old Gibbs, who claimed his second Xfinity win of the year and sixth of his career in just 23 starts. “I learned a big lesson: never give up.”

It was another heartbreaking Atlanta finish for Hill, a native of Winston, Georgia about 50 miles west of the speedway. He has finished second twice in truck races at the 1.54-mile trioval.

Now, he’s got another runner-up showing in the Xfinity Series, thought he was fortunate just to get to the line after fearing he was out of fuel on the final restart.

“Man, so close,” said Hill, who won the season-opening race at Daytona. “Being my home track, it stings a little more to be the first loser.”

Hill nearly made it a perfect day for the Peach State in the doubleheader preceding the Cup race Sunday.

Another Georgia native, 19-year-old Corey Heim, captured the first Truck Series victory of his career in the opener.

The last wreck brought out a red flag to clear fluid off the track and forced a second green-white-checkered finish.

Gibbs, the grandson of team owner Joe Gibbs, made the most of the opportunity. There were no issues with Sieg, after the two had a nasty spat at Las Vegas.

“I’m going to go party with the boys,” he said during a jubilant celebration at the start-finish line.

With 11 laps to go, Trevor Bayne got loose and set off a big crash that took out multiple cars on the backstretch.

Among those collected in the melee was Justin Allgaier, ending his streak of 16 straight top-10 finishes in the Xfinity Series going back to last season.

Gragson came into the race as the early Xfinity points leader, having won the previous race at Phoenix, finishing second two other times, races, and claiming third at Daytona.

Gragson dominated the opening stage, leading every lap until Berry passed him at the line to lead a sweep of the top four places by Dale Earnhardt Jr.’s team.

Gragson got into the wall early in the second stage, going down a lap, before fighting his way back into contention. But the big wreck finished off his chances of another strong finish.

He settled for 26th. 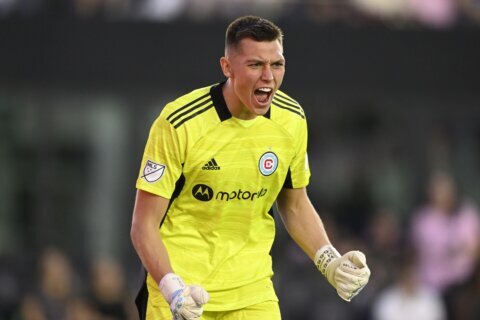 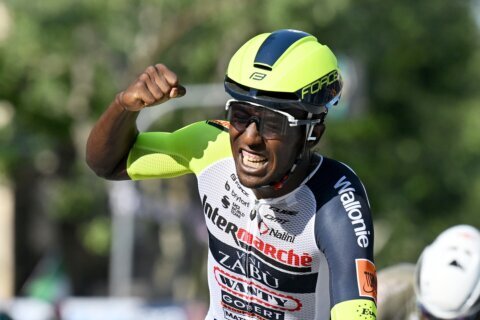 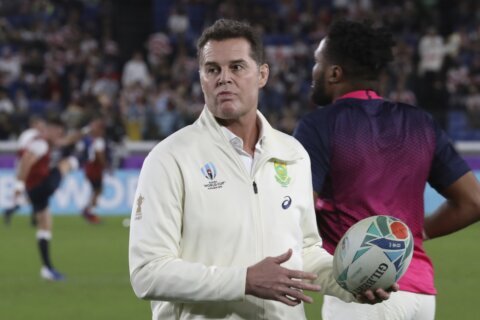