ST. LOUIS (AP) — Former Swiss national team goalkeeper Roman Bürki agreed Wedesday to a three-year contract with the St. Louis team that starts play in Major League Soccer next year and will leave Borussia Dortmund at the end of the Bundesliga season.

“His international experience will be a huge benefit for our club,” St. Louis sporting director Lutz Pfannenstiel said. “He will play an important role on our roster by providing leadership.”

The 31-year Bürki has been with Dortmund since 2015 but lost his starting job in January 2021 and has not played in a match since May 22, 2021, the final league game of that season. Gregor Kobel is the club’s starter this season and Marwin Hitz the primary backup,

“The past year has been far from easy for him in footballing terms, but he has always acted professionally and put himself at the service of the team.” Borussia Dortmund sporting director Michael Zorc said in a statement.

Bürki has played nine matches for Switzerland. He was on the 2018 World Cup roster and was a backup to Yann Sommer. 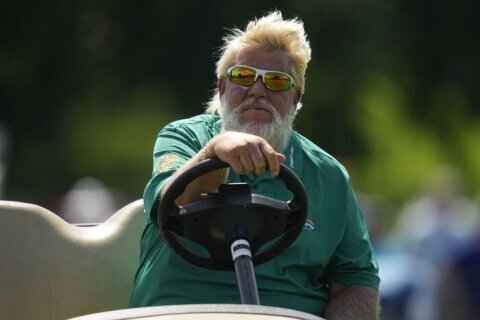