Coming off a first-round victory on penalty kicks at Seattle, Real Salt Lake advanced to face the Portland Timbers in the conference final. Portland also won on the road, topping Colorado 1-0 on a 90-minute score Thursday.

Anderson Julio tied it for Real Salt Lake in the 72nd, leaping to head a pass from Andrew Brody into the lower left corner.

Philadelphia will face the winner of the semifinal Tuesday night between New England and New York City.

On the first attempt of the shootout, Blake dove to his right to smother a shot from Hany Mukhtar. After Jack Elliott scored for the Union, Blake dove left to deny Anibal Godoy. Joe Willis gobbled up a shot from Sergio Santos to keep Nashville alive.

Alex Muyl shot wide for Nashville and 18-year-old Jack McGlynn stroked a left-footed shot past Willis to give the Union a 2-0 lead. It ended when Walker Zimmerman shot wide on Nashville’s fourth attempt. 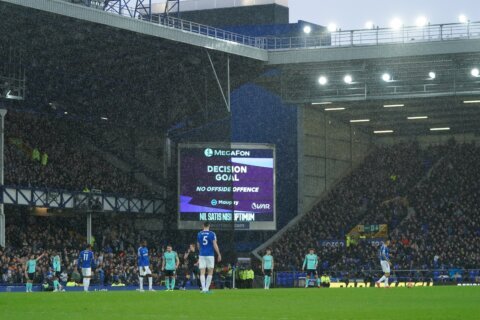