CHICAGO (AP) — Garbiñe Muguruza rallied to beat Ons Jabeur 3-6, 6-3, 6-0 on Sunday in the Chicago Fall Tennis Classic for her second WTA Tour victory of the season and ninth overall.

“I had to be very strong mentally,” Muguruza said. “I suffered that first set, that it didn’t go my way. I just said, ‘OK, this is tennis. I’ve got another set and if I win it, I have another opportunity.’ I definitely gave it all.”

Jabeur, ranked 16th, broke Muguruza’s serve in the fourth game of the opening set, and took the set on a sliced backhand winner from behind the baseline.

After Jabeur broke Mugurzua’s serve again early in the second set to go up 3-2, Muguruza broke back to level it up, then won the next three games to win the set.

“It was the final, the moment you have to give everything in the tank,” Muguruza said. “Forcing that decider set gave me all the energy to kind of jump in the score and dominate that third set.”

Muguruza boosted her chances to qualify for the WTA Finals in Guadalajara, Mexico in November. After entering the weekend ranked No. 9 in the world, the Spaniard will rise to No. 6 in the new WTA Rankings. The top eight players on the tour qualify.

From Tunisia, Jabeur became the first Arab tournament winner in WTA history in June at Birmingham, England. She has a WTA Tour-high 44 match victories this season.

No spectators for Jamaica’s World Cup qualifier vs US 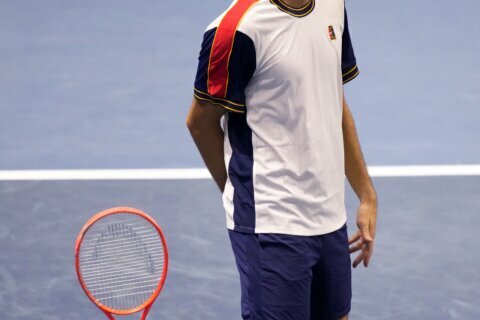 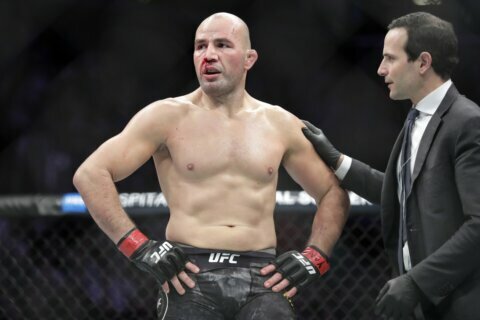