PARIS (AP) — Flying high at the helm of Lens, Franck Haise is gaining respect from his peers in the French league.

After leading the Northern club to a seventh-place finish last season as Lens returned to the top division, the little known 50-year-old coach has ascended to another level this autumn, guiding his players near the top of the standings.

Ahead of Sunday’s trip to Montpellier, the “Sang et Or” have established themselves as PSG’s closest rival with a 3-5-2 system that earned the team 18 points from its first nine games.

Haise was appointed coach as a replacement for Philippe Montanier in February 2020 and oversaw the club’s promotion during a season shortened by the coronavirus pandemic.

The club then made astute purchases, bringing in the likes of midfielder Seko Fofana, center back Facundo Medina and right back Jonathan Clauss, who all played a decisive role when the team nearly earned a European spot on the final day of last season.

Former France great Thierry Henry, now a member of Belgium’s coaching staff also working as a commentator, is a big fan, too.

Lens’ results have also gained attention abroad. Spanish sports newspaper As recently dedicated a long story to the team it described as “one of the most attractive in French soccer.”

Haise has kept the same game philosophy this season, with a side that matured into a disciplined unit without losing its attacking flair with Gael Kakuta in a No. 10 role.

Clauss, a defender who honed his skills in Strasbourg, has scored one goal and delivered three assists this season, delivering impressive performances up and down his flank that have not gone unnoticed within France’s coaching staff.

Poland international Przemysław Frankowski, who arrived in France this season, added firepower and quickly won over fans by scoring the winning goal in the derby against Lille.

“He is as intelligent as he is good technically. That is helping him settle in,” Haise said. “Last year we signed players based on their human side as well as their soccer ability, and this year it is the same.” 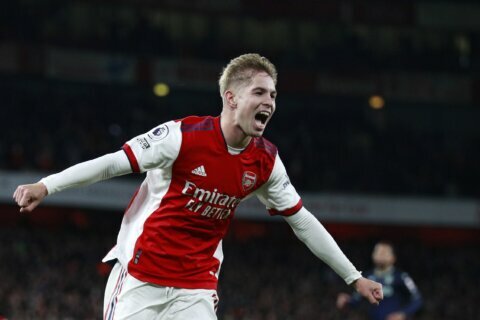