Pulisic back in US starting lineup vs Canada after COVID-19

NASHVILLE, Tenn. (AP) — Christian Pulisic was back in the U.S. starting lineup Sunday night for a World Cup qualifier against Canada, three days after missing the opener at El Salvador while regaining fitness following a positive COVID-19 test.

Pulisic played is first match since Chelsea’s Premier League opener against Crystal Palace on Aug. 14. The 22-year-old attacker, the top U.S. player, missed Chelsea’s 2-0 win at Arsenal on Aug. 22 and a 1-1 draw at Liverpool on Aug. 28. He resumed training with the U.S. on Monday.

Gio Reyna strained his right hamstring and missed the match against Canada. He also won’t play at Honduras on Wednesday night, the U.S. Soccer Federation said.

Pulisic captained the U.S. for the sixth time, taking over from Adams. Miles Robinson and Brooks partnered in central defense for the first time.

Johnson was playing at his home stadium, of Major League Soccer’s Nashville team. 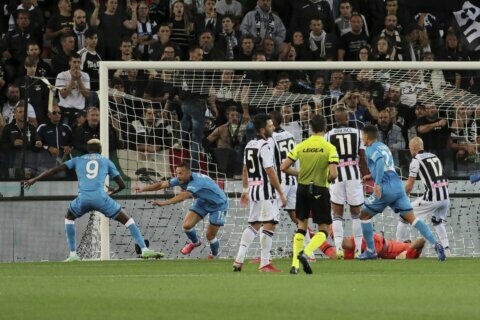