Coronavirus News: Fairfax Co. votes to increase substitute teacher pay | Is it time to get a COVID-19 booster? Which one? | Local cases of COVID-19 | How many in DC region are vaccinated?
Home » Sports » Jarry's resilience key for…

Jarry and fellow goaltender Casey DeSmith were two of the main reasons Pittsburgh captured the East Division title during the COVID-19 pandemic-truncated 2020-21 season. The momentum, however, failed to carry over to the playoffs.

Entering the postseason as the No. 1 goaltender for the first time, Jarry was badly outplayed by New York’s Ilya Sorokin and literally handed the Islanders Game 5 when he put a clearing attempt in double overtime right on the stick of New York’s Josh Bailey, who converted it into a series-altering winner. A meltdown in the middle of Game 6 followed, leading to another long offseason after the Penguins failed to make it out of the opening round for the third consecutive year.

Yet rather than look elsewhere for help, the Penguins stood pat, proof that the organization’s confidence in Jarry hasn’t waned.

“He’s a very capable guy,” head coach Mike Sullivan said. “He played a lot of really good hockey for us through stretches of the season last season. And so we’re looking for a little bit more consistency.”

So, too, is Jarry, who leaned on the tight-knit goaltending community for support. The 26-year-old spent a fair amount of the summer working out in Edmonton, Alberta, Canada alongside other pros well-versed in the roller-coaster ride that comes when you make a living willingly trying to stop a piece of vulcanized rubber hurtling at you at speeds well above the speed limit.

“I think the guys I trained with really helped me, they pushed me to be better and better,” he said. “And I think that’s going to help me.”

If the Penguins want to extend their 15-year streak of reaching the playoffs — currently the longest active streak by any franchise in major North American sports — Jarry will need to return to the form that made him a surprise All-Star in 2020.

Goals figure to be harder to come by, at least early in the season, with stars Sidney Crosby and Evgeni Malkin sidelined. Crosby is expected to miss the first couple of weeks while recovering from left wrist surgery while Malkin won’t make it back until Thanksgiving at the earliest after having knee surgery in June.

Their absence means the wiggle room the Penguins have enjoyed for the better part of two decades is gone. And whenever the franchise cornerstones return, they’ll both be in their mid-30s.

Time to find out if the players Crosby and Malkin have mentored are capable of carrying a heavier load.

Forward Jake Guentzel scored 23 goals and didn’t miss a game last season, a significant step forward after a shoulder injury marred a breakout campaign in 2019-20. The 5-foot-11, 180-pound Guentzel worked on adding a little strength to his frame during the summer. His durability is key for a team that figures to rely heavily once again on the top two lines to handle the scoring.

Malkin and defenseman Kris Letang are entering the final year of their respective contracts. Malkin is 35. Letang is 34. Both have their names on the Stanley Cup three times.

Letang is trying to block out the noise about his uncertain future. He played some of the best hockey of his career last season by limiting the number of sloppy mistakes that had popped up in his game in recent years. At some point, the Penguins will have to move on from the Malkin/Crosby/Letang troika that has carried them for so long. The time might finally be here.

Jeff Carter made an immediate splash last season after being acquired in a trade with the Los Angeles Kings. The 16-year veteran piled up 13 goals in 20 games (playoffs included) and opted to return rather than retire because of his belief there is plenty of life left in his 36-year-old legs.

Carter will likely anchor the top line during Crosby’s absence and then drop down to the second line until Malkin comes back. It’s a lot to ask of someone who’s played more than 1,200 games (postseason included). Carter will do what he can but knows he can hardly do it alone.

“I’m not going to replace (Crosby and Malkin),” he said. “I think it’s going to have to be throughout the lineup. You know, I’ll do my part to alleviate some of that pressure. But we’re going to need it from everybody.” 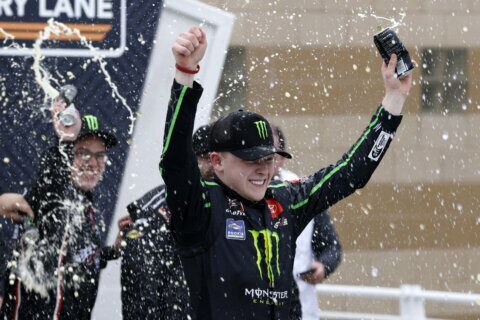