BARCELONA, Spain (AP) — Real Madrid, engulfed in speculation that it’s attempting to sign Kylian Mbappé from Paris Saint-Germain, also has matters on the field to deal with it.

The team’s final match before the transfer window closes Tuesday for the Spanish and French leagues will be at Real Betis on Saturday.

PSG said for the first time this week that it would be willing to sell Mbappé and that it had rejected an initial offer by Madrid. Speculation is now rife that Madrid president Florentino Pérez is busy trying to find the right price for the France striker.

Lionel Messi’s move from Barcelona to PSG appears to give the French club more incentive to sell Mbappé while it can, instead of possibly losing him for free when his contract expires next year.

Madrid, meanwhile, appears to be doing just fine in attack without any more firepower. It will head to Seville to face Betis with a Spanish league-high seven goals scored from its first two matches.

In his second stint in charge of the team, Madrid coach Carlo Ancelotti has sparked the attack with a mix of youngsters and veterans.

Vinícius Júnior has found the scoring touch he previously lacked to add to his speed and dribbling skills. The 21-year-old Brazilian leads the team with three goals. Karim Benzema, who recently added a year onto his contract to tie him up through 2023, has scored two, and Gareth Bale scored his first goal since returning to Madrid from his loan at Tottenham.

Ancelotti, however, still has work to do in defense. With both Sergio Ramos and Raphael Varane gone, Madrid looks brittle at the back. It needed two goals by Vinícius to salvage a 3-3 draw at Levante last weekend.

Betis should give some Madrid trouble as well.

The team led by former Madrid coach Manuel Pellegrini likes having the ball in the possession of midfielder Sergio Canales and explosive forward Nabil Fekir. But it is still missing a quality scorer to get the most out of its attack. It has drawn both its matches this season.

Betis announced the signing of striker Willian José on loan from Real Sociedad on Thursday. The club has yet to say when he will be ready to play.

On Sunday, defending champion Atlético Madrid will be seeking a third straight victory when it hosts a Villarreal team that has disappointed so far. Atlético has ground out two wins thanks to its defense and the finishing of forward Ángel Correa. The Argentine has netted all three goals his team has scored.

Villarreal is hoping to have another good season after winning the Europa League last season, but it lost the European Super Cup to Chelsea and has drawn its two league matches 0-0.

Barcelona returns to Camp Nou to host Getafe on Sunday looking for a good showing as it continues to adjust to life without Messi. The team needed a late goal from new arrival Memphis Depay to draw 1-1 with Athletic Bilbao last weekend. 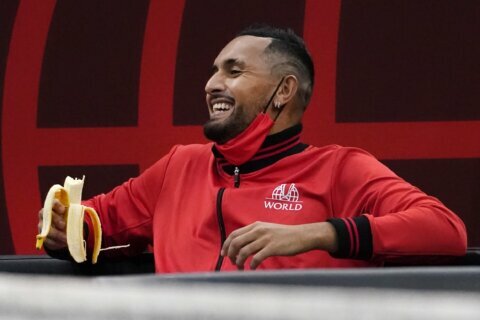 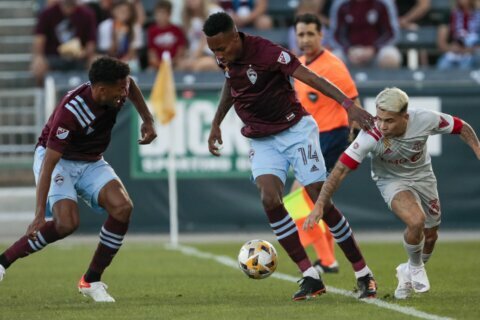