Klopp calls for goalkeepers to get better protection

Liverpool manager Juergen Klopp called Friday for goalkeepers to be given more protection in their six-yard box, a day before his side play against the most physical and direct team in the Premier League.

Klopp thought Arsenal should have been awarded a foul when conceding the second goal in its 2-0 loss to Brentford last week, with goalkeeper Bernd Leno’s arms appearing to be held by an opponent to stop him challenging for a long throw-in.

Klopp used a news conference ahead of Liverpool’s match against Burnley on Saturday to question whether goalkeepers were being protected enough. The timing of his comments was telling, given how big an emphasis Burnley puts on set pieces and balls into the area for its goals.

“It will be interesting what happens this season,” Klopp said. “Because the poor guy is the guy in the goal. If he is not protected anymore in the six-yard box, it’s a different game.”

The Premier League doesn’t want the VAR to intervene as much this season and is enforcing a higher threshold for awarding fouls when there is only minimal contact between players.

Burnley perhaps gained from this approach on the opening weekend, too, seeing its early goal by James Tarkowski against Brighton — via a cross from a corner — awarded despite the center back appearing to push his marker, Neal Maupay.

Klopp also questioned whether that goal should have stood.

Burnley’s direct and typically long-ball approach will provide a big test for Virgil Van Dijk on the Liverpool center back’s second competitive game back after 10 months out because of a knee injury. That injury was sustained following a challenge by Everton goalkeeper Jordan Pickford.

Van Dijk was given a relatively easy ride in Liverpool’s 3-0 win at Norwich last weekend, when he played the whole game.

“He should be prepared,” Klopp said. “But it’s not new for him, stuff like this. He needs rhythm and we try to give him rhythm, without overdoing it.” 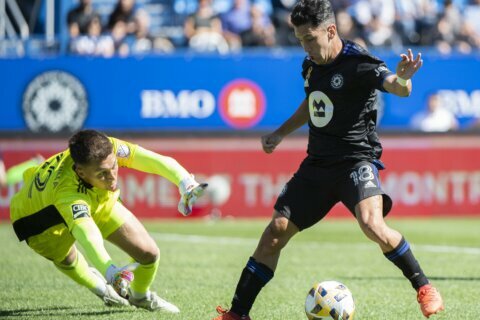 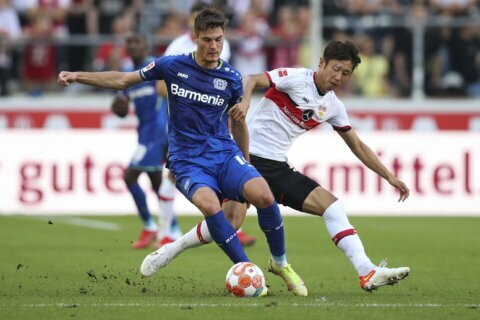