Kroos retires from national team after 106 games for Germany

MUNICH (AP) — Germany midfielder Toni Kroos announced his retirement from the national team on Friday after 106 appearances for his country.

The 31-year-old Kroos said “the decision is made, it’s irreversible” in a podcast that he hosts with his younger brother Felix.

Kroos’ last game was Germany’s 2-0 defeat to England in the European Championship’s round of 16 on Tuesday. The Real Madrid midfielder recovered from the coronavirus in time to take part in the tournament.

Kroos did not say if he had spoken with incoming Germany coach Hansi Flick about staying on.

“It’s a decision for the family and for me, because it’s also good for me to be more with the family. I want to be there and needed as a husband and papa,” Kroos said.

Kroos made his Germany debut in March 2010 in a friendly against Argentina. He was a Bayern Munich player on loan at Bayer Leverkusen at the time. He played every minute at the 2014 World Cup when Germany won the title and had remained an important part of the team since.

Kroos’ absence will allow Bayern’s Joshua Kimmich to take his preferred place in midfield for Germany. Kroos had partnered İlkay Gündoğan in midfield with Kimmich moved to the right for Euro 2020. Germany also has the more offensively minded Leon Goretzka and Florian Neuhaus who can play in the position.

Kroos said in a Twitter post that he wants to “fully concentrate” on achieving his goals with Real Madrid, and that he had not planned to play at the 2022 World Cup in Qatar.

“Thanks to all the fans and supporters who lifted me and supported me with your applause and celebrations. And thanks to all the critics for your extra motivation,” Kroos wrote. “It was an honor for me, farewell – and lots of luck and success to Hansi Flick.” 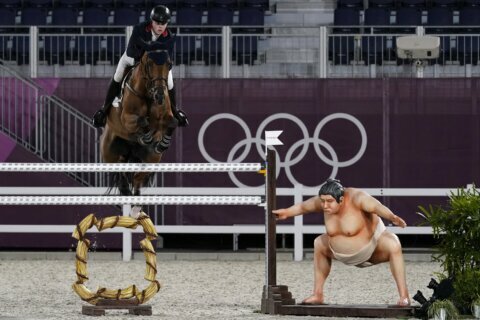