The Pittsburgh Penguins general manager said Wednesday he believes in the team’s core of Sidney Crosby, Evgeni Malkin and Kris Letang and is in no hurry to move on to the franchise’s next chapter.

The East Division champions are smarting from a third straight first-round playoff exit — this time a six-game loss to the New York Islanders — but Hextall will spend his first offseason with the team retooling around Crosby, Malkin and Letang rather than rebuilding.

Hextall added he expects to have all three back next season “for sure.” The same apparently goes for goaltender Tristan Jarry.

“You saw what happened in Game 5, an unfortunate error there. And then Game 6 wasn’t the best. But I don’t think we would have been where we were without Tristan and we all have to remember Tristan is a young player,” he said. “He’s going to learn from this and he’s going to come back better in September.”

As will coach Mike Sullivan. Hextall said he and president of hockey operations Brian Burke are in sync with the two-time Stanley Cup winner. Sullivan emphasizes speed and skill in his approach, something Hextall doesn’t plan to get away from while allowing the Penguins might benefit a bit from a bigger lineup.

“Of course we’d like to add a little bit of size, a little bit of toughness. Yes, it would be nice,” Hextall said. “But there’s not a lot out there. We’ll look at what’s there this summer and we’ll make adjustments. But if we go into next season with this group we’re comfortable.”

That includes focusing on players who can make an immediate impact with Crosby, Malkin and Letang all in their mid-30s. Hextall stressed the team remains in “win-now” mode heading into 2021-22. Pittsburgh’s streak of 15 consecutive postseason berths is the longest active streak in major North American professional sports. 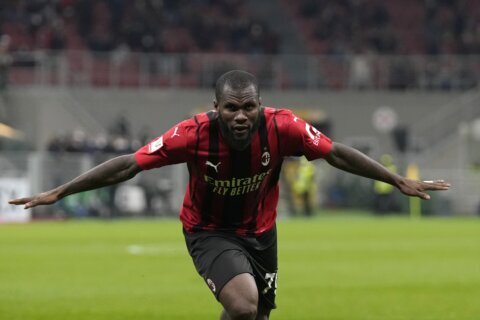