CHICAGO (AP) — Candace Parker made her hometown debut for Chicago and Courtney Vandersloot led the way offensively with 17 points and nine assists as the Sky beat the Indiana Fever 92-76 on Wednesday night to snap a seven-game losing streak.

Parker returned home to Chicago in the offseason after a 13-year stint with the Los Angeles Sparks, but she entered having played just one game due to an ankle injury.

She struggled from the field, shooting 1 of 9 in 18 minutes, but she grabbed five rebounds and had a key steal in the fourth quarter.

Azura Stevens and Stefanie Dolson each added 12 points for Chicago (3-7).

COLLEGE PARK, Ga. (AP) — Jewell Loyd scored 13 of her 18 points in the first quarter to lead six Seattle players in double figures, and the Storm cruised past the Dream.

Breanna Stewart had 15 points, nine rebounds and five assists, and Sue Bird added 11 points and six assists for Seattle (8-2), which rebounded after a last-second loss to Dallas on Sunday. Stephanie Talbot chipped in 13 points off the bench, Mercedes Russell also scored 11 and Katie Lou Samuelson added 10. 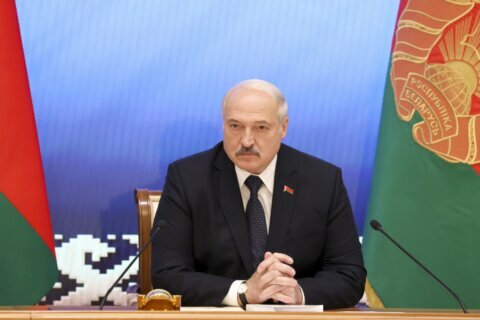