Pozzo reflects on Watford, Udinese ahead of 80th birthday

Giampaolo Pozzo isn’t ready to slow down, even ahead of his 80th birthday on Tuesday, but the “dean” of Serie…
Listen now to WTOP News WTOP.com | Alexa | Google Home | WTOP App | 103.5 FM

Giampaolo Pozzo isn’t ready to slow down, even ahead of his 80th birthday on Tuesday, but the “dean” of Serie A figures it’s a good time to reflect on his family’s ownership of Udinese and English club Watford.

“I am about to turn 80 and this is a passion for me, so I don’t set any limit for me in the future,” Pozzo told The Associated Press. “I will continue as long as I will be healthy. This is a personal hobby.”

While next season will be Udinese’s 27th consecutive campaign in Serie A, Watford will be back in the Premier League in August after a year away. Pozzo’s son, Gino, has been handed the ownership of the English team.

“They did well to get promoted straight away, which isn’t easy,” Giampaolo Pozzo said. “Obviously, survival in the Premier League is fundamental. Obviously, we want to invest resources to stay in the league.”

The return to the Premier League was overseen by Xisco since December as the club’s fifth manager in less than two seasons — making it one of the least stable jobs in the game.

“The coach has shown that he is capable,” Pozzo said. “So he has the trust of the family. So there is absolutely no doubt.”

Pozzo bought Udinese in 1986, a few months after Silvio Berlusconi purchased AC Milan. When Berlusconi sold Milan in 2017, Pozzo became the “dean” of Serie A.

Rather than just avoiding relegation, the challenge at Udinese is qualifying for Europe for the first time since 2013. Its only season making it to the Champions League group stage was in 2005.

“The Champions League for Udinese has always been a goal to reach, not an easy one, but we will always fight to get there,” Pozzo said. “The objectives are updated according to the status depending on the economic trend and so on. Never give up.”

Not when there’s a talent like 26-year-old Argentina attacker Rodrigo de Paul in the team — for now.

“Rodrigo de Paul is a very important player in the sense that he is one of the best players I have seen playing in Udine in my 35 years of ownership,” Pozzo said. “He’s a fantastic player. Let’s hope he’ll stay, because we had fun with him and I’d like to have fun again.

“As a premise, the club does not need to sell but we are aware that players, important champions, if the opportunity comes from an international club obviously you can not do anything to keep him, no. I hope that now, in this situation of pandemic and so on, maybe he can stay one more year in Udine, so we can all have fun.”

The team enters the final game of the season against newly crowned champion Inter Milan sitting 12th in the 20-team standings.

“This season, potentially the team could have done better but we have to take into account all the difficulties related to the COVID-19 pandemic,” Pozzo said. “We are happy that this championship has ended and we hope that next year there will no longer be these problems of a health nature and that we can make, let’s say, a normal schedule.”

This story has been corrected to show Pozzo’s birthday is on Tuesday, not Friday. 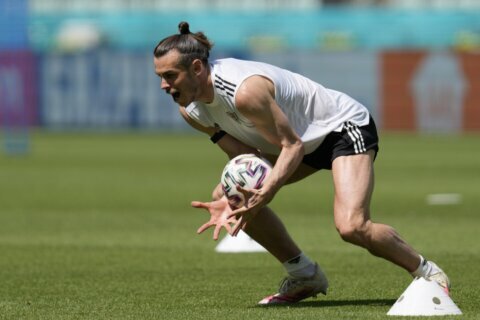 The Latest: Belgians jeered for taking a knee at Euro 2020 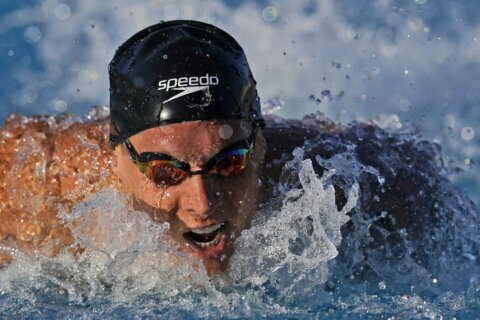 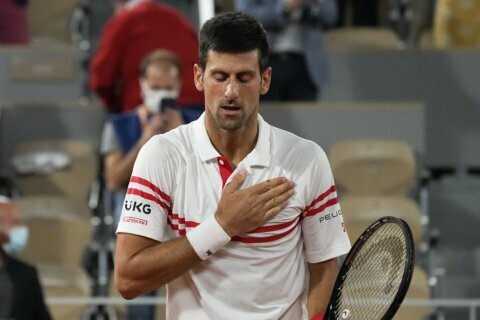