With an injured midfielder improvising as a goalkeeper, and without any reserves because of a COVID-19 outbreak in the squad,…
Listen now to WTOP News WTOP.com | Alexa | Google Home | WTOP App | 103.5 FM

With an injured midfielder improvising as a goalkeeper, and without any reserves because of a COVID-19 outbreak in the squad, River Plate somehow managed to beat Colombia’s Santa Fé 2-1 on Wednesday in the Copa Libertadores.

The Argentine club took a 2-0 lead after six minutes in the group D match at the Monumental de Nuñez stadium in Buenos Aires, then defended desperately in front of emergency goalkeeper Enzo Pérez for the remainder of the match.

The 35-year-old Pérez, who has played for River Plate since 2017 and won multiple titles, could not play in his regular position in the midfield because of a muscular injury. So he went on as a goalkeeper instead.

“My goalkeeper teammates wrote to me, I asked some things too, did some training with the goalkeeping coach and he gave me some advice,” Pérez told ESPN, explaining his buildup for the big positional switch. “With all the adrenaline I had I got a little lost and I always used the penalty spot as a reference.”

“To speak about the match has no sense because of what we have lived in this time and what we suffered with COVID-19,” he added.

The home team tried to keep tight control in the second half, as it had no substitutes, but Kelvin Osorio reduced the margin with a goal in the 73rd minute.

Pérez didn’t have to make any major saves, but his composure helped steer River to the victory.

River leads the group with 9 points in five matches. Brazil’s Fluminense has 8 points and Junior Barranquilla has 6. Santa Fé, with 2 points, can’t advance to the knockout stage of the tournament. 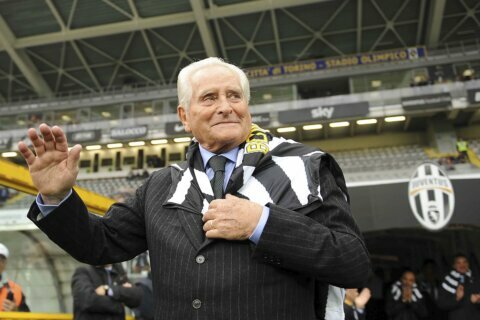 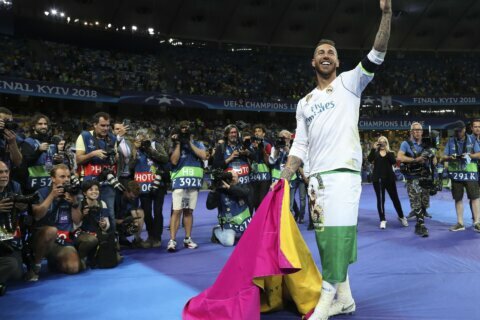