CHICAGO (AP) — The National Women’s Soccer League has imposed an additional one-game suspension for Kansas City’s Kristen Edmonds following her actions in a game against the Portland Thorns.

Edmonds was issued a red card and sent off the field after a scuffle with Portland’s Morgan Weaver in the final moments of the Thorns’ 2-1 victory on Friday. As a result of the red card, she was fined and suspended a game. The NWSL added the second game after a disciplinary review announced Tuesday.

The Thorns also successfully appealed a red card issued to Weaver for her role in the incident and it was rescinded. However, the league fined defender Meghan Klingenberg for her postgame comments.

The league also determined Racing Louisville’s Jorian Baucom committed major game misconduct in the 83rd minute of the team’s 2-2 draw with the Orlando Pride on Saturday. Baucom was suspended for a game.

Gotham FC and the Chicago Red Stars also were also fined for unspecified comments that violated the league’s rules. 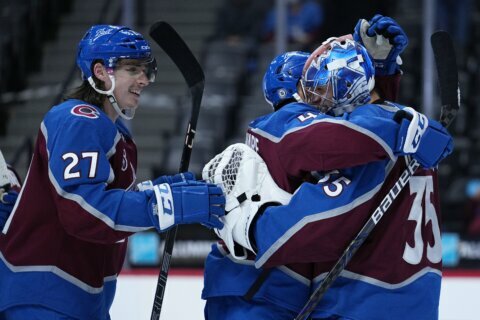