BARCELONA, Spain (AP) — On the schedule, a home match against Eibar is easy to overlook.

But Atlético Madrid’s meeting with the league’s worst team has become a must-win match in its flagging title bid.

A run of poor results over the past two months has whittled Atlético’s once double-digit advantage down to the slimmest of margins. After two straight games without a victory, Real Madrid is now only one point behind and Barcelona is two points behind with eight games left.

Atlético’s problem is in attack. Last weekend, the team was held to a 1-1 draw at Real Betis in a game it started without both Luis Suárez and Marcos Llorente, who were suspended. It also lost playmaker João Félix during the match after he hurt his ankle. Yannick Carrasco got Atlético’s goal early in the match, but forward Ángel Correa failed to convert two opportunities that would have snatched a late winner.

Correa will likely lead the attack on Sunday against Eibar with Suárez, who was hurt in practice last week, and Félix both unavailable.

Llorente, who can also play any midfield position as well as wing back, will likely help Correa up front after he completed his one-game suspension for accumulation of yellow cards.

Llorente has scored 10 times in all competitions this season, second only to Suárez and his 19 goals.

Eibar looks like the ideal rival for Atlético to get a desperately needed victory.

Eibar has for several seasons been a tough, middling team thanks to the pressure defense preached by coach José Mendilibar, who insists on recovering the ball in the opposing half to help generate easy goals. But the Basque Country club has struggled to score this season. Eibar’s tally of 22 goals is a competition low, tied with Getafe.

Also promising for Atlético, Eibar may be without its best weapon in attack. Bryan Gil, a forward on loan from Sevilla who recently debuted for Spain, is doubtful because of a muscle issue.

Eibar is four points from safety after going winless in 13 straight games.

“It will be the top team versus the team in last place, so it is normal that Atlético is seen as the favorite, but it wouldn’t be the first time we take points or even a win from a game like this,” Eibar defender Paulo Oliveira said.

If Atlético slips again, Madrid can move to the top of the standings with a win at Getafe, also on Sunday.

The defending champions are soaring after bettering both Barcelona and Liverpool over the past week.

Madrid beat Barcelona 2-1 last weekend to overtake its rival in the league standings. On Wednesday, the team advanced to the Champions League semifinals after drawing 0-0 at Anfield following a 3-1 win at home.

Madrid now has a favorable schedule in the league before it faces Chelsea for a spot in Champions League final. After Getafe, it plays at Cádiz and hosts Betis.

Getafe, in 15th place, has only one win in its last 12 league games.

Barcelona will take a break from the league title fight this weekend to play Athletic Bilbao in the final of the Copa del Rey.

The match will be played on Saturday in Seville.

Two weeks ago, Bilbao lost to Real Sociedad 1-0 in the final of the 2020 Copa del Rey, which had been postponed for almost a year because of the coronavirus pandemic.

Bilbao defeated Barcelona 3-2 in the final of the Spanish Super Cup in January, after the Basque Country club had also ousted Madrid in the semifinals.

Barcelona will play its scheduled league match against Granada at a date to be determined later this month. 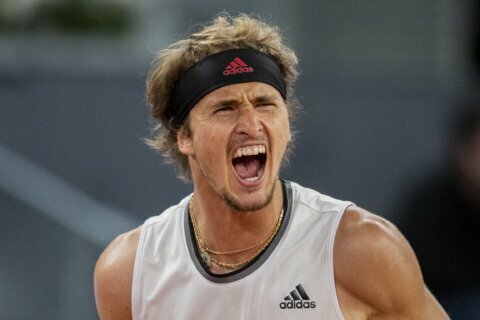 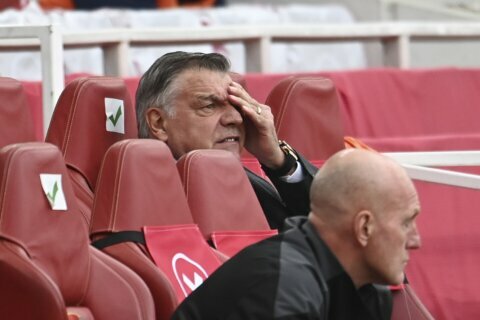