LAS VEGAS (AP) — As the Vegas Golden Knights enter the home stretch, coach Peter DeBoer could find himself in another goaltending quandary.

When the NHL season resumed in the bubble last season, DeBoer named Robin Lehner the starter over Marc-Andre Fleury, the face of the franchise since it entered the league in 2017 and the goalie who led the team to the Stanley Cup Final in that inaugural season. The play in front of each of those goaltenders this season could lead to another tough call.

As Fleury moved into sole possession of fourth place on the all-time NHL wins list after making 20 saves and earning career victory No. 485 in the Golden Knights’ 6-2 victory over the Los Angeles Kings on Wednesday, it marked the first time Vegas scored more than three goals over Fleury’s last eight starts.

“It was nice to get him some (goals),” said Max Pacioretty, who scored his team-leading 21st goal in the win. “It was kind of one of those things where it felt like every other game we were playing well, and it just happened to fall on the games that Flower played. It’s in the back of your mind, you want to go out there and score some goals for him.”

Fleury, who improved to 3-5 since Lehner returned from a concussion on March 19, has received 16 goals of support in that span, including just one goal in five of those eight starts. In Lehner’s seven starts over in the same timeframe, the Knights have scored 32 goals, including four or more goals in six of those games for an average of 4.57 goals per game. Lehner is 6-0-1 in those games.

“I think defensively you can play different in front of different guys; I don’t think there’s any doubt about that,” DeBoer said. “But as far as our offensive production and support for either guy and what we’re doing offensively, sheer coincidence that we just haven’t scored the nights Flower’s been in there lately.”

Until Wednesday, when the Golden Knights’ six goals were Fleury’s biggest goal support of the season.

“I knew it was going to come at some point,” Fleury said. “Obviously, the game’s a little more relaxed when we get all those goals.”

Fleury (19-10) is 9-10 when the Golden Knights provide three or fewer goals of support this season, and 10-0 when they’ve scored four or more on his behalf.

DeBoer maintains he doesn’t have a starter or backup, but rather a “1A” and “1B” goalie, but he has also said on multiple occasions this season that Fleury was the best overall player coming out of training camp and that he looked sharper than he did during the training camp held after the league’s pandemic shutdown.

In three postseasons with the Golden Knights, Fleury is 19-12 with a 2.35 goals-against average and a .920 save percentage.

DeBoer and Pacioretty were emphatic there is no correlation between the lack of goal support over the past 15 games. In fact, DeBoer is confident his team is on the verge of returning to playing its best hockey, as it was when it opened the season 10-2-1 and shortly thereafter reeled off 12 wins in 14 games.

“I think we’re healthy and we’ve obviously got through the trade deadline, we’ve dropped a really good player (Mattias Janmark) into our lineup, which gives us some more depth,” DeBoer said. “This is when you want to be playing your best hockey, it’s important down the stretch here. We’ve still got some work to do, I think special teams obviously, but we’re playing well at the right time of year.” 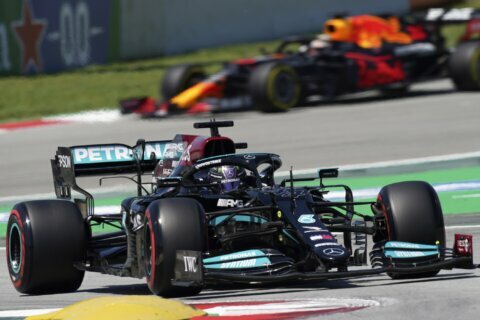 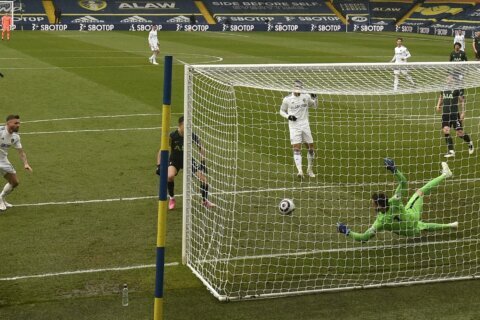