ANAHEIM, Calif. (AP) — Anaheim Ducks forward Jakob Silfverberg will be sidelined for four to six months after undergoing surgery to repair a torn labrum and a bone problem in his right hip.

Silfverberg had the surgery Thursday at the Cedars-Sinai Kerlan-Jobe Institute in Los Angeles, the Ducks announced Friday.

Silfverberg had career lows of eight goals and eight assists in 47 games for the Ducks this season, along with a career-worst minus-17 rating. The Swedish forward has been with Anaheim for eight seasons, recording 136 goals and 152 assists.

“He did everything he could to continue playing, but after two years dealing with this issue, now is the right time to help him get to 100%,” Ducks general manager Bob Murray said. “He has been an impactful player in all situations for us, and we are confident he will return to full health by next season.”

Only Detroit (479) has scored fewer goals over the past three NHL seasons than Anaheim (481), which is highly likely to miss the playoffs for the third consecutive season. Before last year, the Ducks hadn’t had even two straight nonplayoff seasons since 2002.

Silfverberg is under contract for three more seasons at $15.75 million. 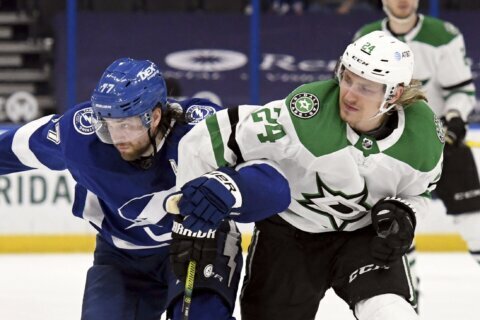