LONDON (AP) — The goal scored by Kelechi Iheanacho didn’t just send Leicester into a first FA Cup final since 1969. It was the first to be cheered by spectators at Wembley in more than a year.

Not since March 2020 had fans been allowed into English football’s national stadium through three national lockdowns.

Now as coronavirus restrictions are eased, Wembley was allowed a 4,000-strong, socially distanced crowd on Sunday to witness Leicester’s 1-0 victory over Southampton to test the return of spectators.

While those permitted were only local residents in the north London district over the age of 18 who tested negative for COVID-19, some fans of both teams did manage to land tickets.

“We could hear a number of supporters for Leicester in the crowd so that was really, really nice,” Leicester manager Brendan Rodgers said. “It’s a step towards getting that sort of connection back because the game is nothing without the supporters.”

Returning to a game for the first time in 2021 gave Leicester supporter Pascal Mollar a chance to reflect on what he’s missed.

“I think it’s just a sense of camaraderie, isn’t it?” he said. “Obviously, you go with friends, you go with family, people you’ve often known for a long time and grown up with, just getting together and having a laugh. I think that’s something that probably communities have missed anyway, across the country and around the world recently. So this is a step back towards that I suppose, it’s going be a good thing.”

While reaching an FA Cup final is rare — and it has never won the competition — Leicester did win the Premier League so unexpectedly in 2016 and collected the League Cup in 2000.

By the time Leicester faces Chelsea in the May 15 FA Cup final, the government hopes up to 21,000 spectators will be allowed, including a sizable contingent officially from both clubs.

The pilot scheme is aimed at trying to increasing the numbers up to half of the 90,000-capacity Wembley for the European Championship final on July 11.

Before then all Premier League grounds are due to have up to 10,000 fans allowed for the final two rounds of the season next month.

Arsenal, which was briefly allowed 2,000 spectators in December, might be glad not to have a disillusioned fan base at the Emirates Stadium to show its discontent during a miserable season.

It took a goal in the seventh minute of stoppage time from Arsenal substitute Eddie Nketiah to rescue a 1-1 draw on Sunday against a Fulham side fighting relegation, tapping in a rebound to cancel out Josh Maja’s penalty.

On the day Arsenal was linked to plans for a breakaway European Super League, the north London club is ninth in the Premier League — nine points from the four Champions League spots.

“When you face the games like today and you produce what you produce, you have to win it,” Arsenal manager Mikel Arteta said. “That’s what the top teams are doing consistently in the league, and when you don’t do it then obviously the consequences are that you are where you are.”

Manchester United moved within eight points of Manchester City with a 3-1 victory over Burnley. It could be too late to return to the top of the league with only six games left to reel in its neighbor.

United had to show resilience after Mason Greenwood’s opener at the start of the second half was quickly canceled out by James Tarkowski’s header. Greenwood’s deflected strike restored the lead in the 84th before a stoppage-time tap-in from Edinson Cavani.

“Our fitness, confidence and belief has improved so much this season compared to last year,” United manager Ole Gunnar Solskjaer said. “That’s big, big progress. (Catching City) is probably unrealistic but stranger things have happened in football and we’ve just got to do our job and see what everyone else does.” 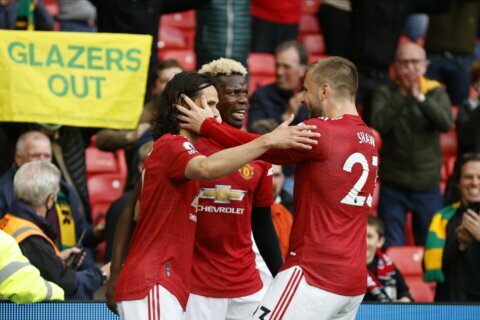 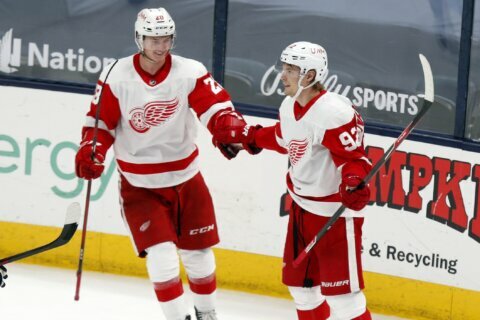 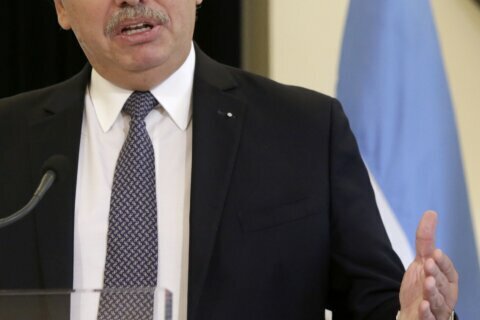