MALMO, Sweden (AP) — Bayern Munich will face Chelsea in the semifinals of the Women’s Champions League after dispatching Swedish club Rosengård 1-0 on Thursday.

Lea Schüller headed in from Carolin Simon’s cross in the 22nd minute as Bayern advanced 4-0 on aggregate over two quarterfinal legs.

Barcelona reached the final four by eliminating Manchester City on Wednesday. The Spanish side awaits either five-time defending champion Lyon or Paris Saint-Germain, whose quarterfinal second leg was moved to April 18 after a coronavirus outbreak in the Lyon squad. Lyon leads 1-0.

Chelsea advanced by eliminating two-time champion Wolfsburg. The final is scheduled for May 16 in Gothenburg, Sweden.

Tyresö was the last Swedish team to reach the semifinals, in the 2013-14 season. 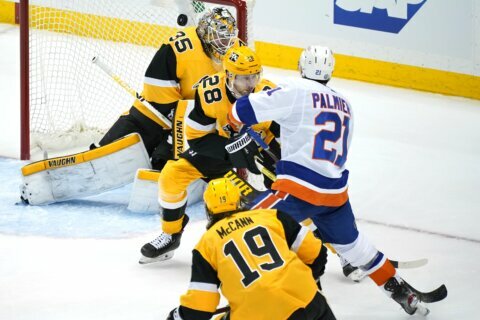