The right back collected a poorly cleared ball just inside the area and curled a shot into the bottom corner, clinching a victory that moved Liverpool level on points with West Ham — the team which occupied the fourth and final Champions League qualification spot coming into the weekend.

England manager Gareth Southgate, who dropped Alexander-Arnold from the most recent national-team squad, was at a virtually empty Anfield to see the goal.

Mohamed Salah’s 57th-minute equalizer from close range, which canceled out the opening goal from Ollie Watkins, was Liverpool’s first goal in open play at Anfield in 2021.

There was a two-minute silence before the game to honor Prince Philip, the husband of Queen Elizabeth II, who died on Friday at the age of 99. Players wore black armbands and flags at the stadium were lowered to half-staff. 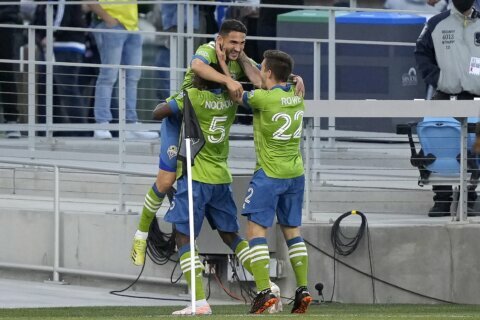