LEIPZIG, Germany (AP) — Leipzig signed Dutch forward Brian Brobbey on Friday on a free transfer from Ajax for next season.

Brobbey’s transfer led to a dispute between Dutch soccer federation sporting director Nico-Jan Hoogma and Ajax counterpart Marc Overmars. Overmars had been trying to extend Brobbey’s contract but Hoogma encouraged the forward to move to Leipzig.

Brobbey scored two goals in seven league appearances for Ajax this season and two in three Europa League appearances. He made his debut for the Dutch powerhouse on Oct. 31, when he scored after coming on as a substitute in a 5-2 win over Fortuna Sittard. 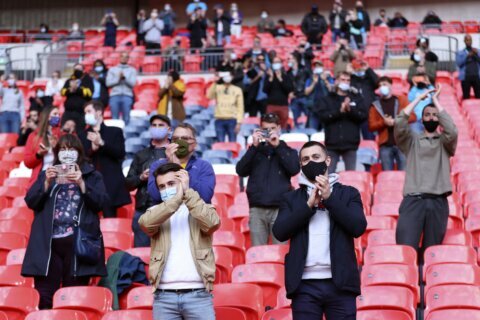