SAO PAULO (AP) — Brazilians would agree that Pelé is the greatest soccer player ever, but they differ on renaming the historic Maracanã stadium in his honor.

The stadium’s name could soon change if Rio de Janeiro Gov. Cláudio Castro agrees to honor the three-time World Cup winner. He has until next week to decide after being authorized by the state’s legislature to rename the Maracanã as “Edson Arantes do Nascimento – Rei Pelé.”

The stadium is officially named “Jornalista Mario Filho” for the Brazilian sportswriter credited with the idea to build such a colossus for the 1950 World Cup. If Castro agrees with the legislature, Filho’s name will only stay on a nearby sports complex.

The iconic ground was originally named “Municipal Stadium,” which stayed on the arena’s entrance from 1950 until 1966, when Filho died.

Filho had used his newspaper “Jornal dos Sports” to coordinate a campaign to convince Rio’s citizens that the stadium had to be constructed nearer to the city center instead of an original plan to build it in a neighborhood far away.

Filho’s grandson, Mario Neto, told The Associated Press that he recognizes the importance of Pelé in Brazilian soccer culture but said the proposed change is “irrational.”

“There’s no sense in removing my grandfather’s name,” Neto said Monday. “If it weren’t for Mario Filho, there would be no Maracanã, there would be a 70,000-seater in a distant region.

“If it weren’t for Mario,” he continued, “Pelé would not have wanted so much to play at the stadium that was once the biggest in the world. This bill skipped the line in front of a lot of important things. As if Rio had no other problems.”

The Maracanã was Brazil’s main stadium in two World Cups and hosted the opening and closing ceremonies of the 2016 Olympic Games.

The Brazilian star scored his 1,000th goal at the Rio stadium on Nov. 19, 1969, and played many memorable matches there. It was also at the Maracanã that Pelé at age 16 debuted for Brazil, on July 7, 1957. That 2-1 defeat against Argentina also featured his first of 77 goals in the yellow shirt.

But most of Pelé astonishing performances in Brazil were seen at Santos’ tiny Vila Belmiro, outside Sao Paulo, more than 300 miles from Rio.

The city of Maceió, in Brazil’s Northeast, has King Pelé stadium, named for the player in 1970, the year he won his last World Cup title.

The state-owned Maracanã can hold about 78,000 fans and is home to Rio clubs Flamengo and Fluminense.

The governor’s spokeswoman, Denise Ribeiro, told The Associated Press on Tuesday that Castro isn’t ready to make a decision yet, as his priorities are in fighting the COVID-19 pandemic, but that he could decide this week.

Pelé’s spokesman, Joe Fraga, said only that they are monitoring the stadium situation.

State lawmaker André Ceciliano, of the Workers’ Party, said he proposed the bill because it is “a fair tribute to a person that is recognized globally and must receive that honor during his life.”

“His legacy in Brazilian soccer and his relevant service for this country justify this,” Ceciliano said about a tribute that Pelé had never requested.

Another sponsor was 1994 World Cup winner Bebeto, who is also a Rio state lawmaker.

“Pelé was the best footballer ever and the Maracanã is the biggest stadium in the world. Nothing can be fairer than this,” Bebeto said after the vote.

Gerson, a teammate of Pelé on Brazil’s 1970 World Cup-winning team, said on his YouTube channel that the possible change in the Maracanã’s name is “absurd.”

“Why don’t people give his name to the Santos stadium? All they need to do is to call the Vila Belmiro stadium King Pelé and the problem is over,” Gerson said.

Pelé himself has not made any comments about the issue since the bill passed Rio’s state legislature. He is not expected to show up for any ceremony, in case the Maracanã is indeed renamed after him, because of hip problems that have limited his mobility. 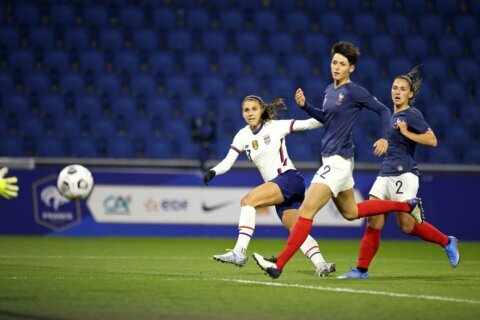 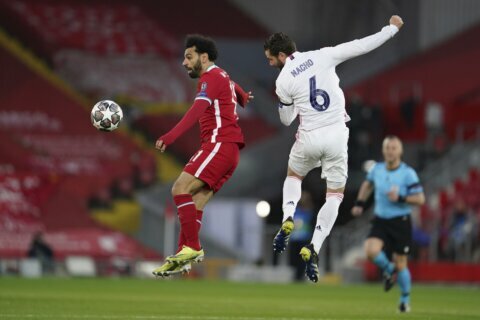