“It was kind of a grind,” Wu said. “I missed a short putt kind of early on in the round, made a bogey I think on my fourth hole. I kind of just had to keep my head down and play well on the back.”

“I think my game is in a good place,” Wu said. ”It was good to see kind of the things I worked on during the offseason paying off. I did well last week, so that definitely gave me some confidence coming into this week.”

Greg Chalmers was a stroke back after a 68. The 47-year-old Australian also birdied his final two holes, the par-3 eighth and par-4 ninth. He had a hole-in-one on No. 8 in the opening round.

“The wind was really blowing,” Chalmers said. “I didn’t have the greatest control, and my short game really held me in good stead. I made some nice saves from sort of 6, 8 feet for par. It’s a little tricky to putt when the wind is blowing like this. And then I hung in there and started to see some better swings and better shots going into the back nine.”

“I think I was just getting a little ahead of myself and I was missing a little bit to the right,” Campos said. “But I was missing in the correct spots. I really was. Which I’m happy with that today. I really never gave myself that many looks to score better, but I managed to deal with the situations as good as I could.”

First-round leader Tommy Gainey followed his opening 65 with a 76 to enter the weekend at 3 under. Ian Poulter, the top-ranked player in the field at 59th, also was 3 under after a 70.

The tournament is being played opposite the World Golf Championship event in Florida. The winner will get into the PGA Championship in May but not the Masters in April. 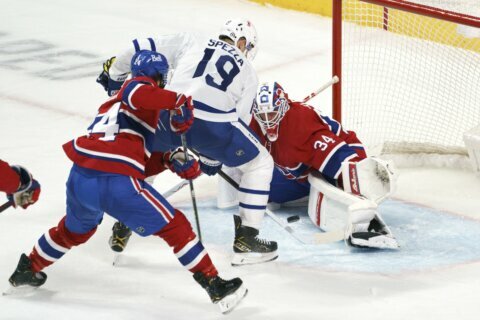 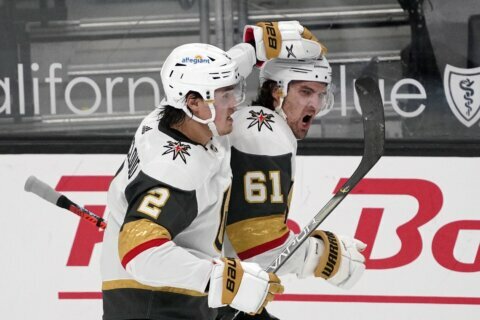