MILAN (AP) — Zlatan Ibrahimović missed a penalty but AC Milan won 2-1 at Bologna on Saturday to bounce back from a disappointing week and remain top of Serie A.

Milan had lost its last two matches, including a midweek defeat to Inter in the Italian Cup quarterfinals which saw Ibrahimović sent off.

Milan almost took an early lead in Bologna but Łukasz Skorupski did well to tip Theo Hernández’s effort onto the crossbar.

The Bologna goalkeeper then pulled off a sensational double save against Ibrahimović and managed to parry the Milan forward’s spot kick but Rebić netted the follow-up to give his side the lead in the 26th minute.

Ibrahimović has missed five of his last 10 penalties for Milan.

This time Kessié stepped up and hit it straight down the middle.

Poli set up a nervy finale when he fired Andreas Skov Olsen’s cross into the top right corner, two minutes after coming off the bench. Bologna almost leveled shortly after but Gianluigi Donnarumma kept out Roberto Soriano with a brilliant flying save.

LUKAKU AT THE DOUBLE

Inter took the lead in the seventh minute when Benevento forward Riccardo Improta deflected Christian Eriksen’s free kick into the back of the net.

It took the Nerazzurri until the 57th to double its lead through Lautaro Martínez.

Lukaku all but sealed the match following an error from the Benevento defense 10 minutes later and got his second of the night after a great assist from Alexis Sánchez.

Federico Chiesa scored for the second straight match for Juventus.

The 23-year-old Chiesa finished off a well-worked team move in the 20th minute. Cristiano Ronaldo picked out Álvaro Morata on the right flank and he rolled the ball across for Chiesa to tap it into the back of the net.

Chiesa also scored in Juve’s 4-0 win over Spal in the Italian Cup on Wednesday.

Aaron Ramsey doubled Juventus’ lead in stoppage time in another move started by Ronaldo. Ramsey had only come on as a substitute in the 83rd. 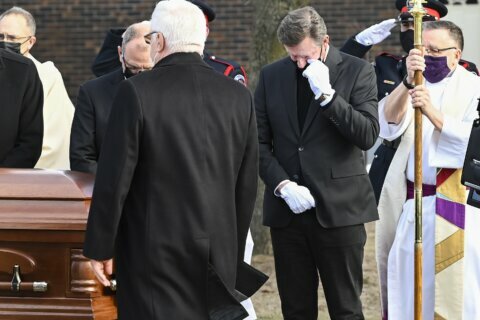