SAO PAULO (AP) — Argentinian archrivals River Plate and Boca Juniors failed to beat their Brazilian opponents in the first leg of the Copa Libertadores semifinals and are now in danger of missing the Jan. 30 decider at the Maracanã stadium in Rio de Janeiro.

Six-time champion Boca, which hasn’t won the South American title since 2007, had a 0-0 draw with Santos on Wednesday in a match with few opportunities for either team at the La Bombonera stadium. The second leg will be played in Brazil next week.

“It is still open for us,” Boca striker Carlos Tevez said. “Santos had five players just to defend, but at home they will have to come at us.”

Santos, which reached the semifinals with a team of little known youngsters, has won three Copa Libertadores in its history — two led by Pelé and another with Neymar in 2011.

Four-time winner River Plate is even less likely to play the final after Tuesday’s 3-0 crushing by Palmeiras, which is seeking its second title in the tournament.

The Brazilian club, coached by Portugal’s Abel Ferreira, opened the scoring in Buenos Aires in the 27th minute via striker Rony after River missed two clear opportunities in front of goalkeeper Weverton.

Former AC Milan forward Luis Adriano scored the second for Palmeiras in the 47th and defender Matías Viña made it 3-0 with a header from set piece in the 62nd.

The second leg will be played in Sao Paulo on Tuesday.

“It will take us an epic night to go to the final,” River coach Marcelo Gallardo said.

If Palmeiras and Santos advance, it will be the third time two Brazilian clubs meet in the final of the South American tournament. The final at the Maracanã will be played in an empty stadium because of restrictions in place during the COVID-19 pandemic. 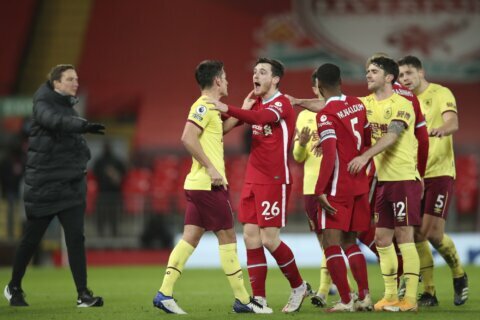 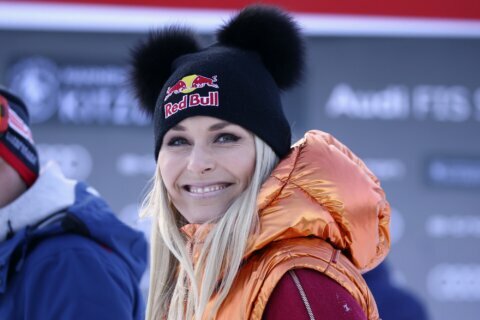