Vintage Base Ball brings celebration of history to Fort Washington

Vintage Base Ball plays the game the way it was originally conceived, from the rules down to the uniforms, and it's finding its niche around America.
Listen now to WTOP News WTOP.com | Alexa | Google Home | WTOP App | 103.5 FM

On a late summer Sunday, two teams of nine are spread out in traditional places, playing a familiar-looking game across a wide swath of grass at Fort Washington Park on Prince George’s County, Maryland.

Get a little closer, though, and everything unfolding looks like something out of a movie.

The two teams — the New York Mutuals and Rising Sun Base Ball Club — are joined by a collection of National Park rangers for an exhibition of Vintage Base Ball. It’s a version of baseball those who have visited the “Baseball Americana” exhibit at the Library of Congress may find familiar, played by the rules of 1864. But the exhibition is about more than just the game.

“It was an activity that the troops did back during the war,” said Adam Gresek, the chief of visitors’ services at Fort Washington, who helped arrange the afternoon’s festivities. “We’ve got a diary entry from 1863, from one of the soldiers: ‘After the day’s chores and drill, we enjoyed a lively game of ball.’”

Based on early 20th century photos, there is evidence a more modern version of baseball was played at that very spot, a large, open meadow just down the hill from the park’s entrance, just a few hundred feet off the Potomac River.

“We have a space here that the game was originally played in. We have folks in the community that are interested in playing this game and demonstrating this game here,” said Gresek. “So I see it as a way that the park service can connect with this community of re-enactors and the local community here of providing a space, and a space that was historically used for this purpose.”

According to the Vintage Base Ball Association, there are more than 200 clubs like Rising Sun and the Mutuals scattered across the U.S. and Canada. Teams play game May-October, with anywhere from 20-50 on the schedule, depending on what they’re able to book.

Rising Sun plays about 30 games a year and, while they’re competitive — there’s a year-end All-Star Game — the whole enterprise is not about playing for a championship.

In terms of both rules and pace, the game falls somewhere between baseball and softball. Played entirely on grass, the bases are set 90 feet apart, with batters swinging wooden bats at a baseball-sized orb.

But the pitcher stands just 45 feet away and throws underhanded, and the players play with no mitts. The biggest difference from either sport is that putouts can be made both on fly balls and off a single bounce.

All the uniforms are custom-made by K&P Weaver, an outfit out of Connecticut that specializes in the old-timey throwbacks. Likewise, the hats are made by Stockbridge Sewing Works in Hanover, Pennsylvania.

That single-sourced equipment means everyone looks appropriately of the era, at least above the ankles. The one exception is made for more modern footwear, but any logos must be blacked out.

“It’s not that different than people who do, say, other forms of historical re-enactment,” said Gresek. “Just as opposed to muskets and cannons, it’s bats and balls.”

Unsurprisingly, the sport draws a high number of Civil War enthusiasts, many of whom happen to be teachers. One such player is Thom “Dirt” Fioriglio, a native Long Islander who grew up in the shadow of the historic village that hosted the Mutuals, one of the longest-running teams.

“Just growing up on Long Island, loving history, being at the village and watching the game, that’s how I got involved,” said Fioriglio, a high school history teacher. “And I’ve been down every weekend since for the last 15 years.”

The Mutuals have traveled down three times to play Rising Sun this year, as they’re one of the closer options along the mid-Atlantic seaboard. They’ve hosted teams from as far away as Ohio, and have a trip set for early next year to travel to Florida.

With teams so spread out, they play doubleheaders, or even arrange four-team tournaments to try to make the treks worthwhile.

Rising Sun will host one such four-team tournament at Dove Valley Vineyard the weekend of Sept. 21-22. For more information on Rising Sun and Vintage Base Ball, check out their website. 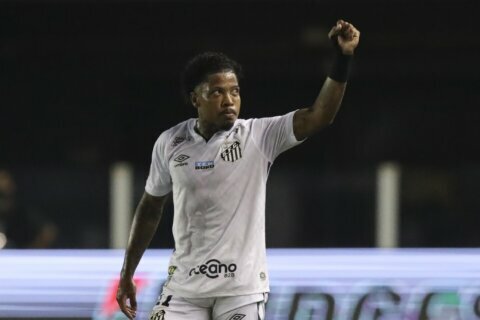