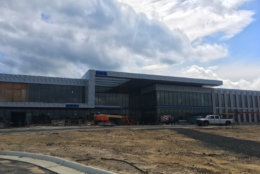 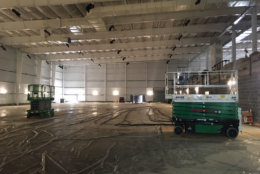 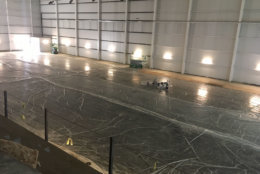 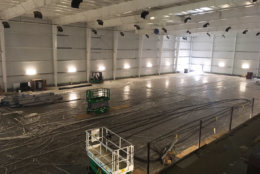 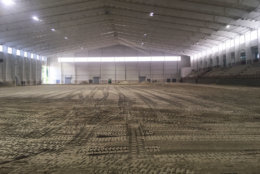 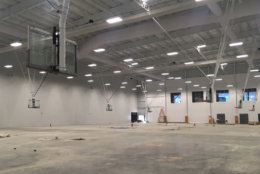 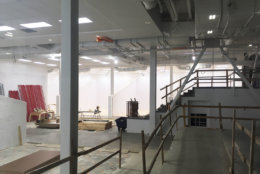 SPRINGFIELD, Va. — With the Washington Capitals reaching the Stanley Cup Final for the first time in 20 years, hockey fever has spread around the D.C. area. But what would it take for this region to join the likes of the upper Midwest and Northeast as a true hockey hotbed?

One new facility in Fairfax County, Virginia, hopes it can be part of the answer. The St. James — the sprawling, nearly half-million square foot athletic complex nestled in the nook just north of 395 and just inside the beltway in Springfield set to open around Labor Day — will have many amenities, including an Olympic-sized swimming pool, four full-sized basketball courts, and a FIFA regulation-sized turf field. But it will also have two NHL-sized hockey rinks, with ice time devoted solely to its teams and members, a model intended to breed and retain more serious hockey talent.

That’s a significant shift from others nearby, like Kettler Capitals Iceplex in Ballston.

“Most rinks, including Kettler, are booked out a year in advance and it’s almost all rentals,” said Rob Kram, director of programming and content development of The St. James, on a recent hard-hat tour. “For the hockey parents, this will really provide an opportunity that’s never existed in this marketplace.”

While The St. James project includes a membership-only, 50,000 square foot health club, the remaining 400,000 feet of construction is open to nonmembers for all sorts of other programming. In addition to the extra ice time, The St. James will have a 10,000 square foot physical training space, as well as a shooting room featuring the RapidShot Training System — like a batting cage for hockey, helping players work on accuracy and receiving passes. But perhaps the biggest differentiator is the skating treadmill, a synthetic-surfaced training platform that allows players to work off ice to become stronger on their skates.

“It’s the only one that I’ve seen outside of an NHL or DI facility,” said Tim Graham, director of hockey at The St. James.

Graham has coached youth hockey in the area for the last dozen years, the last decade at Tier I, and Kram calls him “arguably the top skills coach in the entire DMV.” While Graham expects single teams at the U10, U12, and U14 levels due to a later start this year, moving forward he expects two teams at each level, plus U8 and U16 squads along with girls teams at various levels, thanks to a commitment to staffing.

“The thing that’s differentiating The St. James Hockey Academy from others in the area is we are going to have world-class, paid coaching,” he said.

Hockey’s already an expensive sport, often running several thousand dollars per season, and it won’t be any cheaper at The St. James. Kram said they expect their pricing to come in “at the top of the market,” but is hoping that players and families will see value in all the unique extras the new space will provide.

“The beauty of not renting ice means we have the ability to capture everyone, regardless of their level,” said Kram.

In turn, both men hope that means taking what is already one of the top five fastest-growing hockey areas in the U.S., and turning it into one of the country’s true hotbeds of the sport.

“The demand is definitely there in this area,” said Graham.

Registration for fall hockey leagues is open through Saturday, June 2, when tryouts will begin. 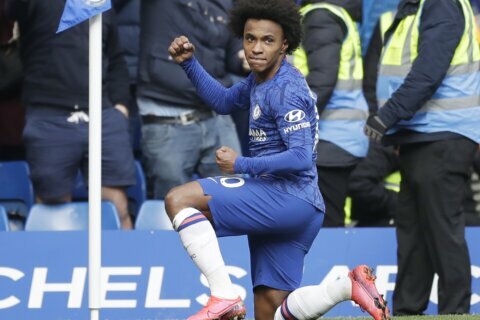 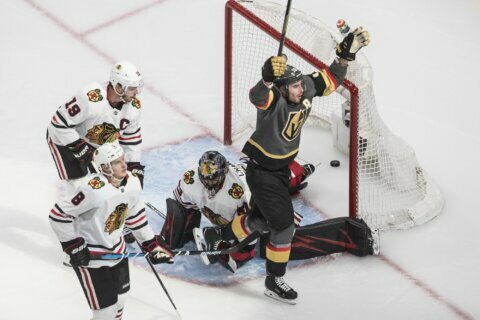