WASHINGTON — Former New England Patriots player Aaron Hernandez has been found dead in his prison cell. He was 27.

The department released this statement:

“Mr. Hernandez was in a single cell in a general population unit,” the statement said. “Mr. Hernandez hanged himself utilizing a bedsheet that he attached to his cell window. Mr. Hernandez also attempted to block his door from the inside by jamming the door with various items.”

He was transported to a hospital but was pronounced dead by a physician an hour later.

Hernandez was acquitted last week in a 2012 double slaying prosecutors said was fueled by his anger over a drink spilled at a nightclub. He was convicted of a gun possession charge.

He was already serving a life sentence in the 2013 killing of a man who was dating his fiancee’s sister.

Hernandez grew up in Bristol, Connecticut, and played for the Patriots from 2010 to 2012.

His death comes on the same day that the five-time Super Bowl Patriots are meeting with President Donald Trump. 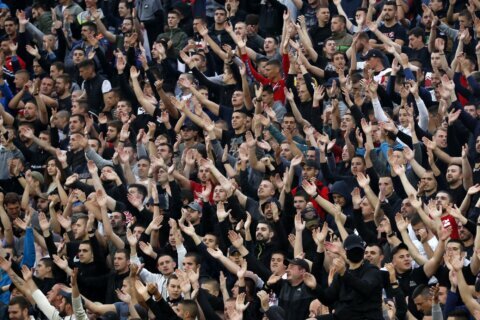