Thanksgiving week delivers turkey to many of our tables, but there’s always that nightmare that the bird will be too dry, mother puts way too many peas on our plate, or the pumpkin pie runs out and we are stuck with mincemeat (or is it minced meat?) for dessert.

The local college football season has been less than appetizing.

There have been heartbreaking losses at home for Navy, blowout defeats in Big Ten play for Maryland, a suddenly vanishing defense for Virginia and a coaching change for Virginia Tech.

Even our FCS friends aren’t immune, as James Madison bolts the CAA for the Sun Belt, robbing a good league of its top program.

But let’s be thankful for at least one more week of games and postseason possibilities. PLUS, the chance to beat Army (the Black Knights are ripe for the taking) … and the hope that we can hide peas in our paper napkin.

Navy (2-8, 2-5 AAC) wrapped up its home schedule with another heartbreak, losing to East Carolina 38-35 on a 55-yard field goal at the gun. The Mids lost their last three games this fall at Navy-Marine Corps Memorial Stadium by a combined 17 points. An unfortunate finish to a senior class that began 9-2 in Annapolis, but went 2-9 at home for their final two years on campus.

Midshipmen Medals: The offense was humming with 345 yards rushing while converting 5-8 third downs. Carlinos Acie rushed for 155 yards (including a 90-yard touchdown), while Tai Lavatai threw a pair of touchdown passes.

Rayaun Lane and Eavan Gibbons paced the defense with 10 tackles apiece and freshman Maquel Haywood returned a 98 yard kickoff for a score.

Next: Saturday at noon against 3-8 Temple.

Maryland (5-6, 2-6 Big Ten) continued its chilly Nov. with a third straight loss, this time to No. 8 Michigan. The 59-18 defeat saw a slow start for the offense (three first half points), a wild and woolly third quarter (43 points by both teams) and another sad Saturday. The Terps are now 1-13 in Nov. home games since joining the Big Ten.

Terrapin Triumphs: Taulia Tagovailoa threw a touchdown pass while running for the team’s other score and also adding a two-point conversion.

The running game produced 181 yards while freshman Colby McDonald (68 yards on 18 carries) gave us a peek into the future. Jordan Mosley led the defense with five tackles.

Terrapin Troubles: The offense converted just 3-14 third downs, going 0-8 when needing more than three yards to move the chains. Eight penalties for 59 yards included a three-on-one drive in the red zone that resulted in a field goal.

The defense allowed a 77-yard touchdown pass while special teams surrendered a 79-yard kickoff return for a TD. There was also a blocked punt that set up one of the Wolverines’ first half touchdowns.

Next: Saturday at noon against 5-6 Rutgers.

Virginia (6-5, 4-3 ACC) saw its Coastal Division hopes fade with a 48-38 loss at No. 20 Pitt. Suddenly the season that was salvaged (you remember 2-2 and 0-2 in the ACC right?) has a .500 finish in its sights. What has become a roller-coaster ride will have one more twist and turn two days after Thanksgiving.

Cavalier Congrats: Brennan Armstrong returned to throw for 487 yards and three touchdowns, while Keytaon Thompson (11 catches for 126 yards with one TD) and Dontayvion Wicks (10-144) took advantage.

Nick Jackson led the defense with 12 tackles while Joey Blount and Anthony Johnson each recorded interceptions.

Cavalier Concerns: The offense could have put more points on the board, going 5-13 on third down while Armstrong was sacked five times in the loss.

The defense that allowed an average of 30.5 points over its first ten games coughed up 48, including points on four of Pitt’s last five possessions of the day. Eight penalties for 65 yards didn’t help either.

Next: Saturday at 3:45 in Charlottesville against 5-6 Virginia Tech.

Virginia Tech (5-6, 3-4 ACC), after firing Coach Justin Fuente earlier in the week still had championship hopes, but learned before kickoff Saturday that they were no longer in Coastal Division contention and fell behind early at Miami, trailing by as many as 18 before rallying to make the game a one-possession affair.

Unfortunately the comeback fell short, with the Hokies falling 38-26 in the rainy night.

Hokie Humblings: Not including the quarterbacks, the ground game generated 43 yards on 13 carries, while the passing game averaged just 5.3 yards per attempt as the offense converted 5-14 third downs. The defense coughed up 357 yards passing, including backbreaking touchdown tosses of 55 and 75 yards. 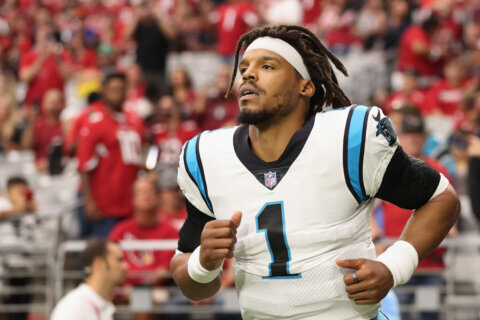