This year's Big 10 opening weekend served notice to Maryland that the always-tough East Division may be even more of a challenge.
Listen now to WTOP News WTOP.com | Alexa | Google Home | WTOP App | 103.5 FM

The Big Ten’s return to the college football landscape saw plenty of the usual goings-on — from No. 5 Ohio State’s 52-17 rout of Nebraska to No. 18 Michigan’s 49-24 blasting of Minnesota that begins the traditional narrative that ends in either Ann Arbor or Columbus, and this year the Buckeyes have home field.

But this year’s opening weekend also served notice to Maryland that the always-tough East Division may be even more of a challenge, as traditional also-rans Rutgers shocked Michigan State 38-27 and Indiana pulled out a 36-35 overtime win over No. 8 Penn State.

And the Hoosiers’ roller coaster ride went from a 10-point halftime lead to down eight with under a minute remaining, only to survive a last-second field goal attempt in regulation before finally prevailing on a two-point conversion in OT.

Penn State and Michigan State aren’t going away either, which makes Maryland’s mountain to climb all the steeper.

Navy (3-3) dropped to 3-1 in the AAC with its 37-21 loss to Houston. The Mids did a nice job limiting the Cougars to field goals before allowing a 51-yard touchdown pass late in the first half. Unfortunately, after intermission a pair of missed field goals and an interception turned the tide the visitors’ way before a last-minute touchdown made the score somewhat respectable.

Virginia (1-4) didn’t fall behind double digits in the first quarter as has been their custom this fall, but the Cavaliers still came up short at No. 11 Miami 19-14. While the effort was better and for the first time this fall, Virginia played a game decided by fewer than 17 points, Bronco Mendenhall’s team is off to its worst start since Mike London’s final season in Charlottesville.

Next: Saturday against No. 13 North Carolina at 8 p.m.

No. 23 Virginia Tech (3-2) and Wake Forest each averaged more than 40 points per game entering Saturday’s showdown in Winston-Salem, so naturally 39 points were scored between the two teams in a 23-16 Demon Deacon victory. Halfway through the 10-game ACC schedule, the Hokies find themselves locked into the league’s middle class, which in this year turned upside-down isn’t necessarily a bad thing.

Maryland (0-1) kicked off its 2020 season on the road with its first-ever football game in Evanston, Illinois.

I’m sure the Terps are not looking forward to heading back there anytime soon after a 43-3 thumping delivered by a Northwestern team that looks like it may be more contender than pretender for the West Division title they took two years ago.

And on a Saturday when Indiana and Rutgers both posted upsets, the Terps look around the East Division cellar for company and don’t get any eye contact from Penn State and Michigan State. 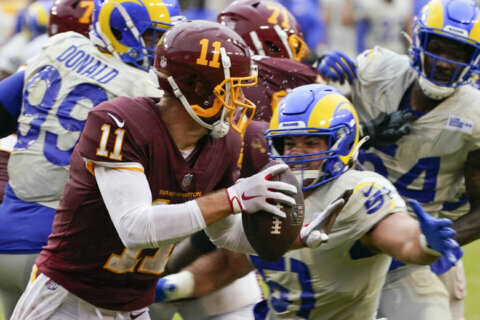 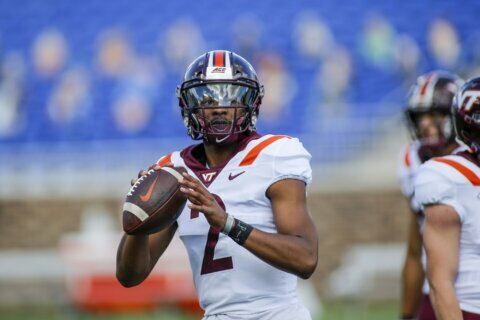 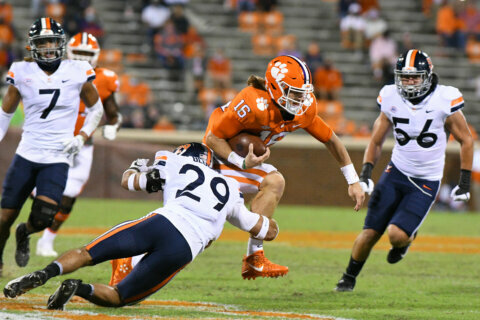